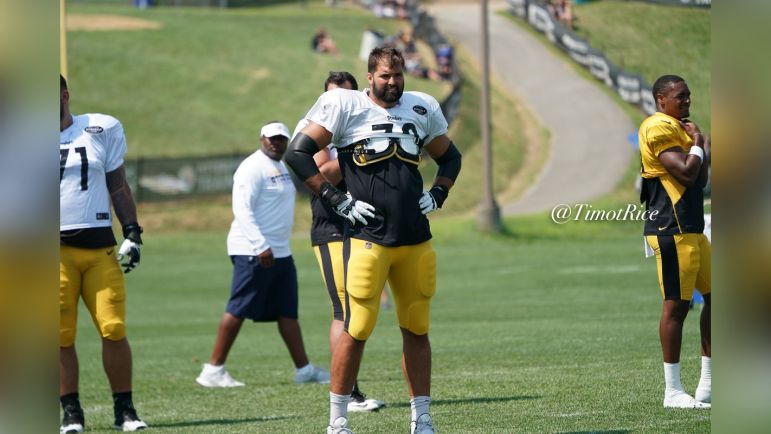 Former Pittsburgh Steelers’ OT Alejandro Villanueva is trying his hand at the media game. He’s reportedly becoming a lead analyst at Fox Deportes, according to the media site Awful Announcing.

Per AA’s Joe Lucia, Villanueva will be on the call for this weekend’s Divisional Game between the Philadelphia Eagles and New York Giants. He’ll also be calling this year’s Super Bowl for the network. Villanueva was briefly an Eagle, playing defensive end, before signing with the Steelers and transitioning to offensive tackle.

“I think it will be awesome to bring a Spanish audience some insights about American football and what I found to be fascinating as I got to know the sport,” Villanueva said via AA.

Villanueva started 107 career NFL games, 90 of them with Pittsburgh, across 2015 to 2021. A former Army Ranger who tried his hand at playing football, the Steelers signed him to their roster in 2014, moving him from d-line to o-line. Under the teaching of o-line coach Mike Munchak, Villanueva became a starter, taking over for the injured Kelvin Beachum midway through the 2015 season. With remarkable durability, he started every game of his NFL career once he took over as a starter. He made two Pro Bowls with the Steelers and his unique size and length, tipping the scales at 6’9, made him a difficult pass rusher to get around. His snatch and trap against power rushes was a terrific counter few defenders had an answer to.

Villanueva spent one year with the Baltimore Ravens in 2021 before retiring and moving on with his life’s work. A decorated player with a fascinating life, he’s likely to be successful in his new broadcasting role. He was always intelligent and a good quote as a player and spent part of his NFL career earning his MBA from Carnegie Mellon.

According to the report, Villanueva will also be featured on NFLEROS, Fox Deportes’ flagship property, over the rest of the playoffs as an analyst.