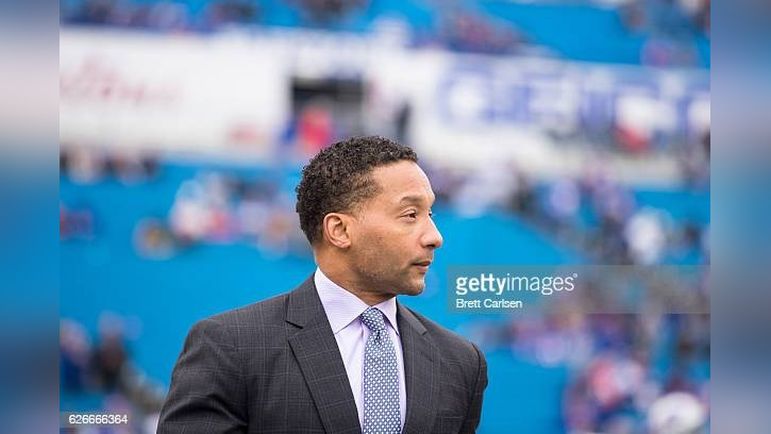 After a 7-2 finish to the regular season to finish the 2022 season with a 9-8 record with rookie quarterback Kenny Pickett, there’s been some hope around the Pittsburgh Steelers that the team isn’t too far off from getting back to finding playoff success. Not everyone is positive though, and count former Steelers executive and former Buffalo Bills general manager Doug Whaley in that group. Largely citing the presence of Joe Burrow in the AFC, Whaley believes there’s “a lot of work to be done” for the Steelers to experience playoff success.

Just how far away are the #Steelers from playing in the divisional round? Doug Whaley tells us.

“Joe Burrow had three of his offensive linemen out, three of his starting offensive linemen. If you took three of the starting offensive linemen off the Pittsburgh Steelers, would they be able to go into Buffalo, in that hostile environment, with everything surrounding that Buffalo team, and be able to blanket them like the Cincinnati Bengals? That’s all you have to say right there,” Whaley said on 93.7 The Fan’s Morning Show. “That’s how far that gap at quarterback is going to be as well. I’m not saying that Kenny can’t strive and get better and get to that level, I’m just saying, you take a snapshot of that picture right now, that’s where you are. So I think there’s a lot of work to be done,” he continued.

Obviously, no one is arguing that Kenny Pickett is Joe Burrow or will be at the same level of play anytime soon. But when your defense holds the opposing offense to 10 points, healthy offensive line or not, the odds a team is going to win the game are pretty high. So while Joe Burrow is a very good quarterback and just might take the Bengals to back-to-back Super Bowl appearances if Cincinnati can get by the Kansas City Chiefs on the road for the second straight year, a lot of credit should go to Cincinnati’s defense for the win on Sunday.

There’s a gap between the Steelers and the Bengals and the top of the AFC right now. But the Steelers also have Kenny Pickett on a rookie contract while Burrow is due for an extension this offseason, Josh Allen and Patrick Mahomes are already on second contracts. Pittsburgh’s flexibility to patch their holes and get to that level means they might not be as far off as Whaley is making it seem. Even this year, the Steelers split their two games against the Bengals and scored their most points of the season in the loss. Regular season AFC North games are almost always close, but it’s not as if the Bengals totally blew the Steelers out the way Buffalo did in Pickett’s first start.

Whaley’s right in saying there’s work to be done. Pittsburgh needs help along the defensive line, at cornerback, and probably at offensive line as well. Another inside linebacker would help, too. But the Steelers aren’t in this hopeless position where they’re so far behind every other contender that they won’t be able to make noise in the playoffs, and potentially do it soon. It’s going to take improvements across the board, but there’s no reason the Steelers can’t be a legitimate AFC threat with Pickett on his rookie contract. We’ll see if that can happen, but I’m more hopeful than Whaley is that it can happen sooner rather than later.