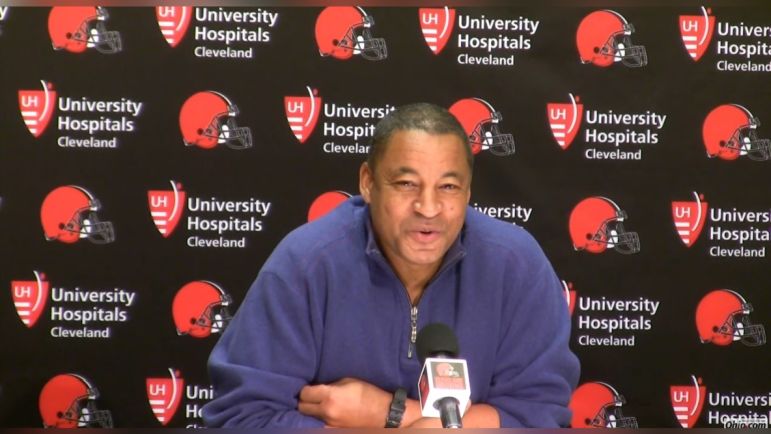 The USFL Pittsburgh Maulers have a new head coach. And they’re swapping out a former Steelers coach for a different one. Ray Horton will take over the job, replacing Kirby Wilson, who lasted just one season with the team.

“Ray’s experience and expertise will help our players and assistant coaches succeed at the professional level, and I know he will bring an exciting brand of football to Pittsburgh Maulers fans,” USFL VP Darryl Johnston said in a statement via the Tribune-Review’s Chris Adamski.

Horton served as the Steelers’ defensive backs coach from 2004 to 2010. He broke in as an NFL coach in 1994 with his most recent stop being in Washington for the 2019 season. He also spent several years as an NFL DC, including with the Cleveland Browns and Tennessee Titans. Horton, 62, spent 10 years in the NFL as a defensive back with the Cincinnati Bengals and Dallas Cowboys, picking off 19 passes and returning four of them for touchdowns.

“As we look for the next great quarterback in the USFL, I’m also excited about our returning offensive core,” Horton said via the Trib. “We will stay focused on delivering a USFL championship to Pittsburgh Maulers fans.”

In the restarted USFL last season, the Maulers were the league’s worst team. They finished the year 1-9 and were outscored 243-147, losing their last five games of the season. To their credit, they played a fair share of close games but their only victory came in Week 5, a 21-20 win over the Houston Gamblers. The team went through a slew of quarterbacks, unable to find anyone to stick, and while their defense kept scores down, their offense simply couldn’t put up enough points. A familiar thought to Steelers’ fans.

Worse yet, they became an Internet meme when RB De’Veon Smith appeared to be cut by Wilson over wanting a slice of pizza. Context was lost to the story, Wilson’s allegation was that Smith was being disrespectful to the food workers, but the Internet ran with the story and it becomes one of the most memorable moments of the USFL’s entire season.

Wilson served as the Steelers’ running backs coach from 2007 to 2013, working on staff with Horton during his final few years in Pittsburgh. The Maulers’ DC is Horton’s son, hired last year and will remain on staff.

The Maulers’ current roster contains one former Steeler in CB Trajan Bandy, who briefly spent time with the team in 2020. Other notable players on the team are QB James Morgan and DL Boogie Roberts, arguably the team’s top player a year ago.

The USFL will start its new season on April 16th.