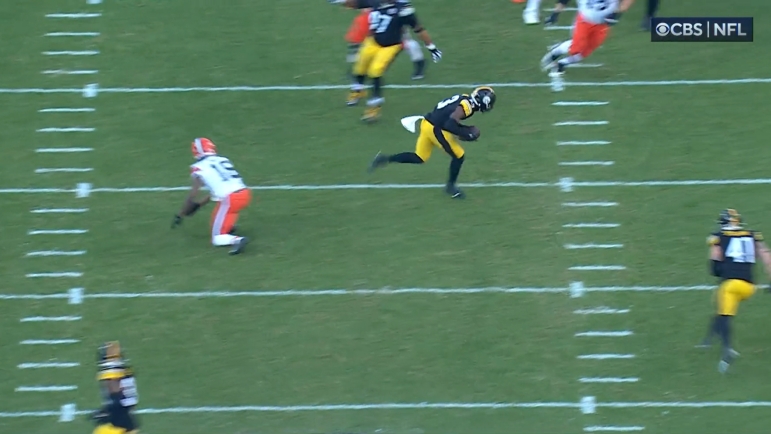 The Pittsburgh Steelers concluded their season Sunday with a 28-14 victory over the division rival Cleveland Browns, falling short of the playoffs, but securing a winning record that once seemed far out of the realm of possibility. In total, Pittsburgh held Deshaun Watson to 19-29 passing, with 230 yards, two touchdowns, and a pair of crucial interceptions, bringing their season total to 20 as a unit, tying them atop the NFL alongside the San Francisco 49ers.

All things considered, Teryl Austin deserves plenty of credit in his first year serving as the team’s defensive coordinator, working alongside Mike Tomlin and Brian Flores to bring the Steelers’ defense back into the top 10 rankings in scoring (20.4 ppg) and rush defense (108.1 ypg). The unit undoubtedly played its best football down the stretch, holding their opponents under 17 points in each of their last seven games, allowing an average of 14.6 points per game over that stretch.

With a pair of game-changing interceptions in Week 18, the first from Levi Wallace just before half, and the second from Damontae Kazee midway through the third quarter, Pittsburgh was able to produce their 19th and 20th INTs of the season, a league-leading figure on the season. Moreover, both interceptions led to points from the Steelers’ offense, with 10 points off of turnovers on the afternoon, crucial in the team’s double-digit victory. Today, we’ll be taking a look into the details behind what produced the pair of interceptions vs Cleveland.

Alongside a career year from perennial All-Pro Free Safety, Minkah Fitzpatrick (6 INTs, 1 TD, and 11 PDs), the Steelers benefited from career years from cornerbacks Cam Sutton (3 INTs and 15 PDs) and Levi Wallace (4 INTs and 13 PDs). Wallace, who recorded career highs in both interceptions and pass breakups in his first year with the Steelers, recorded his fourth pick against Cleveland, showing great zone presence to overlap the seam in a Cover 3 scheme.

As the #1 receiver breaks inside on a dig, Wallace is able to cut the route to his hook/curl defenders with an “in” call, allowing him to overlap and rob the route of #2, who attacks up the seam. As Watson pulls the pin and fires up the seam, Wallace is in perfect position to highpoint the football and secure a crucial interception, setting up a field goal, giving the Steelers a 10-7 lead just before half. While the interception itself doesn’t seem too difficult on the television tape, Wallace’s football IQ and understanding of route concepts put him in perfect position to produce a splash play from his deep ⅓ zone assignment.

While T.J. Watt’s return to the lineup inarguably spurred the defense’s dominant stretch to end the season, Damontae Kazee deserves credit for carving out an important role in Pittsburgh’s sub-package units down the stretch of the season. Kazee’s ability to serve interchangeably both at both safety positions allowed Pittsburgh to get creative with their three safety packages, unlocking newfound versatility in both MInkah Fitzpatrick and Terrell Edmunds usage.

On the rep below, Pittsburgh aligns in a two-high shell, with Minkah and Kazee as the two high safeties, with Edmunds playing down in the box as the Mike linebacker. Post snap, Pittsburgh rotates into their Invert Cover 2 look, with MInkah speed turning to rotate over the top of James Pierre, who serves as the flat defender, with Spillane dropping into the hook/curl zone, and Edmunds manning the seam as the “Tampa” backer.

To the inversion side, Wallace rotates to become a deep ½ defender, with Cam Sutton buzzing from his slot alignment out to the flat, with Kazee inserting down from his two high shell alignment to become the hook/curl defender. The Steelers’ ability to be multiple in their sub-package personnel makes this post-snap rotation so effective, as Edmunds has the speed to carry the seam, and Sutton, who plays plenty of boundary cornerback reps, can seamlessly man the flat.

In these complicated alignments, it is impossible to predict who the Steelers will weaponize, and use as their proverbial “robber” defender. In this assignment, Kazee is able to play most aggressively, as he is playing downhill from depth to man his hook/curl assignment. Thus, at the snap, Kazee executes a flat foot read, baiting Watson to throw a slant to #2 before planting and triggering explosively downhill to jump the quick game concept. Kazee is able to jump the route, secure the pick, and get some solid return yards before eventually being brought down by Deshaun Watson.

While a testament to film study, Tomlin, Austin, Flores, and the rest of the defensive staff deserve credit for crafting complex post-snap rotations, putting their players in positions to play freely, and taking calculated risks to create turnovers. Pittsburgh’s Dime package, a 3 safety (Edmunds/Kazee/Fitzpatrick), 3 corner (Sutton/Wallace/Pierre) look, provided the unit with a perfect combination of football IQ, versatility, and man coverage ability to execute complex coverage assignments and put opposing quarterbacks into a bind.

While many would contend that Pittsburgh still needs a true #1 quarterback, I would strongly endorse retaining Edmunds, Kazee, and Sutton, as the continuity in their secondary is one of the unit’s biggest strengths. Moreover, with issues to address both in the trenches and at the off-ball linebacker position, the Pittsburgh front office would likely be best served to retain much of their current secondary, keeping a strong point of the defense together.

Particularly with Sutton, there aren’t many cornerbacks in football who can effectively function in as many roles as he can, while also producing borderline elite coverage numbers on the boundary. While his lack of top-end size and athleticism limits his ceiling, his elite football IQ has allowed him to maximize his abilities, making him arguably a top-10 corner in the game this past season.

If there is one defining trait of Pittsburgh’s current secondary, one which helped produce league-leading interception totals, it is intelligence and football IQ. A veteran group, Pittsburgh has put together a secondary full of film junkies, using their high-end work ethic to create advantages and win through high-end communication on the backend. If retained, Cam Sutton should serve as a long-term building block in this secondary alongside Minkah Fitzpatrick, who is, for my money, the game’s best safety.

I’ll be heading out to Shrine Bowl soon to get my first look at what this draft class has to offer at the position, and will be sure to provide a solid outline of where Pittsburgh might look in this year’s draft secondary-wise. With the season officially over, I am beyond excited to transition toward covering my fourth NFL Draft Season here at Steelers Depot!