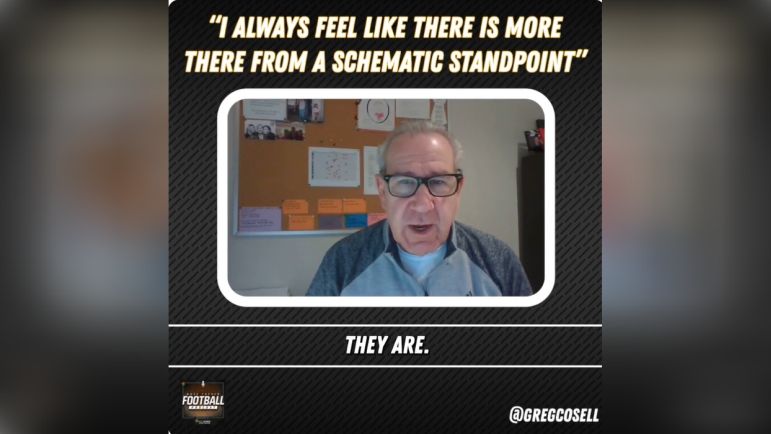 If you want to listen to anyone’s opinion on football, it’s Greg Cosell. A long-time and well-respected analyst, Cosell appeared on the Ross Tucker Podcast to share his thoughts on how Matt Canada runs the Pittsburgh Steelers’ offense. True to form, Cosell gave a detailed and fair response.

Here’s what he had to say.

“I always feel like there is more there from a schematic standpoint…”@GregCosell breaks down what he sees when he watches Matt Canada’s Steelers offense: pic.twitter.com/qaKtFHXaOU

An accurate evaluation. In essence, calling the Steelers’ basic, one of the most common critiques of what Canada has done in his two years as Pittsburgh’s offensive coordinator. A limited playbook that doesn’t build off its core concepts well enough and a passing game reliant on outside, vertical shots. The independent routes are an issue we’ve written about over the years and like Cosell, that isn’t solely on Canada but a long-running problem of this offense.

“I felt that way even when Ben Roethlisberger was there the last number of years. Like I said, I feel like there’s more that can be done and this is just watching tape.”

Canada’s offense did add small wrinkles or leaned on different concepts by year’s end. He more effectively used bunch and stacked sets to create free releases and got away from being sprintout heavy, calling the play 17 times through the first five games, though he brought it back for the final two contests of the regular season. For reason’s unclear, on a play designed to gain 3-5 yards, he almost never called it on third and short. Instead, he’d run it on 2nd and long in an attempt to get into third and manageable but third down nonetheless.

In fairness, Cosell agreed Canada was dealing with a lot of new parts to his offense, including a change under center. Still, he said this offense has talent, a point we made earlier today, and they should be capable of scoring more than the 18.1 points per game they averaged in 2022.

“They’ve got a pretty good receiving core. It’s not like they’re lacking talent.”

As we noted Thursday morning, the time for excuses are over. The foundation has been laid. The team has talented skill players, it appears they’ve found their starting quarterback, and the offensive line is better. Pittsburgh has no marquee offensive free agents they’re in danger of losing; TE Zach Gentry and FB Derek Watt are the two “biggest” names of that list. The Steelers don’t need to turn into the Kansas City Chiefs overnight but they can’t rank 20-something for a third straight season. Canada will have to open his offense up and this unit needs to produce more than it has.