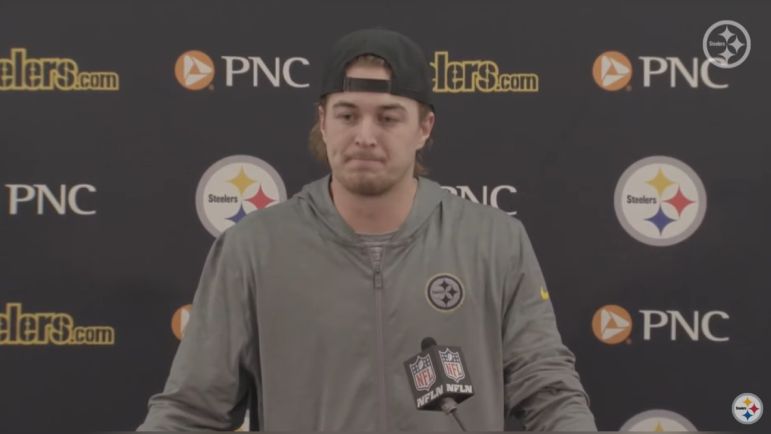 The Pittsburgh Steelers and the Baltimore Ravens have arguably the biggest rivalry in the NFL. As was the case tonight, every game is seemingly an ultra-physical contest that comes down to the wire. For Steelers’ rookie quarterback Kenny Pickett, this was his first full game against the team’s biggest rival, as he was injured early in their earlier matchup. When asked about his first experience in the rivalry during the post-game press conference on the team’s YouTube channel, Pickett stated that it exceeded his expectations.

“Yeah, physical, comes down to the wire, just like the last one,” Pickett said when asked about his first experience playing a full game against the Ravens. “I saw the last one on tape, now I got to experience it. It meets expectations, kinda exceed it, with how loud their crowd was. Their fans are passionate just like ours, so it’s a great rivalry.”

Physical and close are the best ways to describe virtually every Ravens game against the Steelers in recent memory. Pickett’s first full game against the Ravens saw him lead an unforgettable game-winning drive, which he capped off with a scramble-drill throw to running back Najee Harris. In doing so, the offense went for 80 yards on 11 plays, and Pickett completed five of six passes for 64 yards and the touchdown.

Pickett’s performance in Baltimore was eerily similar to many of his predecessors in Ben Roethlisberger. Throughout his playing career against the Ravens, Roethlisberger had countless slow offensive games with last-minute game winning drives. In fact, his last career regular season game fits that description.

This is an important building block for Pickett’s development. Getting a game-winning drive for the second straight week is one thing. Getting one in a hostile environment in a sluggish offensive game is another. Steelers are often defined by how well they perform against the Ravens, and Pickett fit the mold today.

After a day with outcomes that could not have gone better for the Steelers, they will go into Week 18 against the Cleveland Browns with much to play for. In doing so, Pickett will have a chance to start a playoff game in his rookie season, which would be unforgettable given that the team started the season with a 2-6 record. For now, this game will go down as a special chapter in the decorated history of this rivalry.