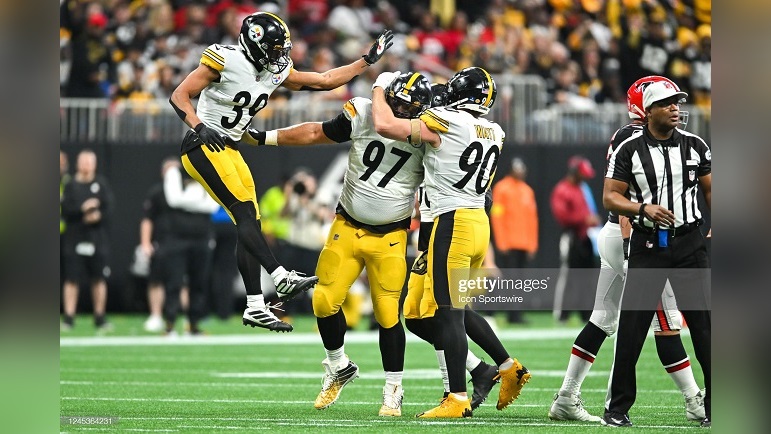 On the heels of the annual AP All-Pro designations being given, Seth Walder of ESPN.com thought that this week would be a perfect time to do a ranking of the top 100 most valuable players of the 2022 NFL season. It’s quite an undertaking by Walder to do this and his list of 100 players includes three members of the Pittsburgh Steelers

Fitzpatrick, in case you have already forgotten, registered six interceptions in 2022 and that tied him for the league lead with three other players in that statical category. Fitzpatrick also registered 96 total tackles in 2022 and that was good for second most on the team. Let’s also not forget that he extra point block that he had very late in Week 1 against the Cincinnati Bengals that sent the game into overtime. The Steelers went on to win that game.

As for the other two Steelers players that made Walder’s top 100 list, they are both closer to the bottom at 87th and 88th overall. They are outside linebacker Alex Highsmith and defensive tackle Cameron Heyward, respectively.

Highsmith had a great breakout season in 2022 as the former third round draft pick out of Charlotte registered 14.5 sacks, a career high for him that was also a team-high. Highsmith, who failed to make the Pro Bowl this year with his efforts, also registered 63 total tackles, 12 tackles for loss, five forced fumbles, 20 quarterback hits and one defensed pass in 2022.

On the heels of such a great season, there’s now a strong chance that the Steelers will strongly consider signing Highsmith to a lucrative contract extension later on in the offseason. In the meantime, however, he is in line for a small raise in base salary in 2023 as part of him qualifying for a Level One Proven Performance Escalator increase.

So, that leaves Heyward to talk about. The Steelers’ longtime defensive captain also had a strong 2022 season but just like Highsmith, it failed to garner him a Pro Bowl honor, which would have been his sixth. Heyward ended the 2022 season with 10.5 sacks, which was second most on the team. He also registered 74 total tackles, 22 quarterback hits, four defensed passes, a forced fumble and a fumble recovery in the 801 total defensive snaps that he played.

Heyward, who now has two years remaining on his current contract that he signed in 2020, showed no real signs that the end is near for him during the 2022 season. His double-digit sack total in 2022 was the third of his NFL career.

Not on Walder’s list? Steelers outside linebacker T.J. Watt, who managed to register 5.5 sacks in 2022 despite only playing in 10 total games due to a pectoral injury suffered in Week 1. Watt’s 5.5 sacks were third most on the Steelers this season.

One last interesting nugget related to Walder’s top 100 list; Buffalo Bills linebacker Tremaine Edmunds is ranked 97th overall. Why is that notable? Well, because several fans of the Steelers are already hoping that the team will sign Edmunds during the offseason should Buffalo allow him to become an unrestricted free agent.