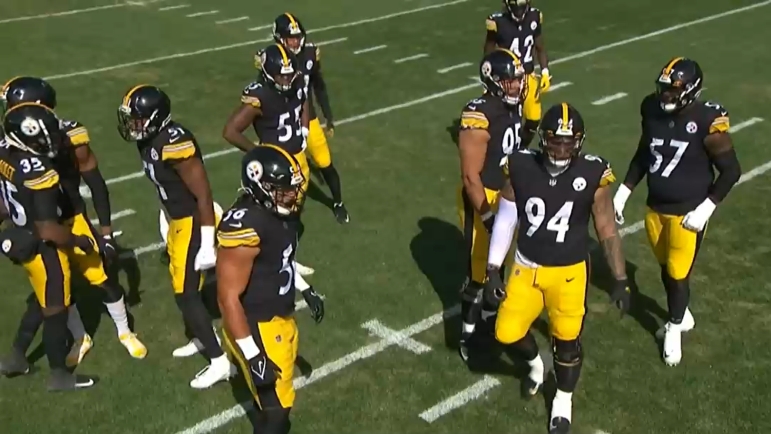 Despite injuries, the Pittsburgh Steelers’ front seven was among their better units in 2022. On one hand, the unit improved from ranking dead last in rush yards allowed to eighth this season. On the other, the pass rush was inconsistent, in large part due to the Week one injury to reigning DPOY T.J. Watt.

According to ESPN’s metrics, the Steelers ranked 18th with a 40% win rate, and 27th in run-stop win rate with a 28% win-rate. The pass rush was indeed not a strong point. Without Watt, the team went 1-6 without him, and hardly got a consistent pass rush after kicking the season off with seven sacks. As such, the Steelers broke their five-season streak of leading the league in sacks. That said, there were more than a few bright spots among the team’s front seven. Linebacker Alex Highsmith broke out in his third season with 14.5 sacks, and the unit looked considerably better with the return of a less-than-100% Watt.

The 27th rank in run defense is rather surprising. In 442 rush attempts against them, 12th least in the league, the Steelers allowed 1838 yards on 4.2 yards per carry, both of which were in the top eight. The team did have a few bad outings against the run, namely when they allowed 215 yards in the first outing against the Baltimore Ravens.

The ESPN win-rate is a comprehensive tool that intends to provide an objective assessment of the quality of players in the trenches. They measure pass and run snaps differently based on a comprehensive assessment. That is, pass blocking is measured by whether an offensive line is able to hold blocks for 2.5 seconds. If they are, it is rewarded as a win to the offensive line. If not, the win is rewarded to the pass rush.

Meanwhile, run defense is measured with a more nuanced approach. This intends to capture the three goals of run defense in “penetrating the line), and the “force” (containing the outside run).” If a defender accomplishes all three once he becomes a threat to the runner, he is granted a win. Otherwise, the win is rewarded to the offensive line.

Still, it is surprising that the Steelers rank as low as they do in run defense considering how well they statistically performed. Pro Football Focus, which takes a different approach, gave the Steelers a 70.3 run defense grade, the 10th best in the league, as well as a 67.6 pass rush grade, which ranks 22nd.

In some ways, this season was a repeat of last season. In 2021, a hoard of injuries including nose tackle Tyson Alualu led to the team digressing in run defense. In 2022, the Watt injury led to the team’s pass rush declining. Injuries are inevitable, and the Steelers must invest in further depth among the front seven, as the lack of depth at the outside linebacker position proved costly this season.

All in all, the Steelers are slated to have another strong season on defense, which starts and ends among the front seven. The team ended the year with a seven sack performance against the Cleveland Browns, proving what they are capable of when healthy. If the team has better depth, the sky is the limit in 2023.