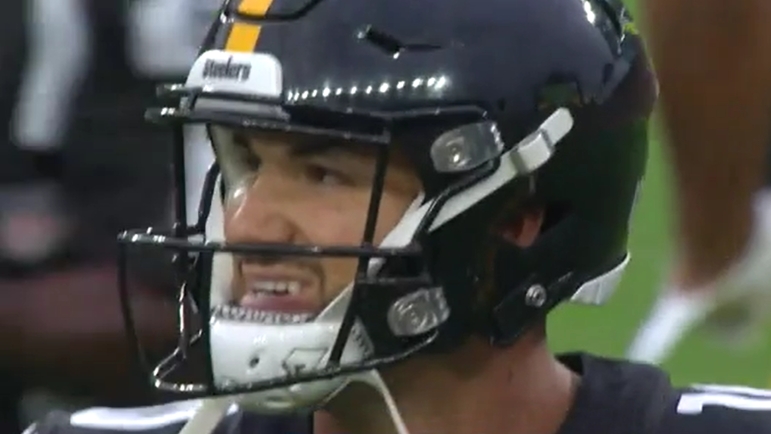 The Pittsburgh Steelers’ quarterback room looked much different this year than it had in a long time. The retirement of an 18-year starter will do that to a room, naturally, but two out of three in the room were different, with Mitch Trubisky brought on board before the team used its first-round draft pick on Kenny Pickett.

The plan seemed to be to give Pickett time to develop and not press him to start, and Trubisky did open the year under center—for three and a half games. The offense did struggle mightily with him during that time, admittedly, at which point head coach Mike Tomlin yanked him at halftime in favor of the rookie.

A former third-overall pick, Trubisky spent the 2021 season as the backup to Josh Allen in Buffalo after a four-year career in Chicago, mostly as a starter. He expected to have a chance to start in 2022 and jumped at the Steelers’ offer—he later acknowledged that that may have been premature.

Still on the books with an $8 million base salary in 2023, his future with the team has been widely debated now that he is no longer the starter. In a recent chat, Pittsburgh Post-Gazette beat writer Gerry Dulac expressed his belief that Trubisky has seen his last down in Pittsburgh.

Writing that Trubisky “doesn’t have a great desire to return” (which is plausible), he suggests that the Steelers will likely ask him to take a pay cut. “He will say no in attempt to have them cut him, and he will be released”, he adds.

As something of a coda, he offers that they “will attempt to bring back a QB who was here once before”, seemingly alluding to Joshua Dobbs, who recently resurfaced with the Tennessee Titans and made the first two starts of his career. He got more specific later on in the chat when asked who he sees as a possibility to be the team’s next backup: “The aerospace engineer”, he replied, and we all know who that is (Dobbs, who majored in aerospace engineering).

A 2017 fourth-round draft pick out of Tennessee, Dobbs spent his rookie season as the third-string quarterback before winning the backup job a year later ahead of 2018 third-round pick Mason Rudolph and former backup Landry Jones.

Rudolph surpassed him on the depth chart the following year, however, and when the Jacksonville Jaguars after Week 1 offered them a fifth-round pick for Dobbs, the Steelers pulled the trigger. He only lasted one year there, and found his way back to Pittsburgh, as the third-string quarterback in 2020, and on the Reserve/Injured List in 2021.

With Mason Rudolph due to be a free agent and virtually guaranteed to want to get out of town, the Steelers could be left with an empty quarterback room minus Pickett if Trubisky indeed also wants out and Pittsburgh is unwilling to pay him $8 million, so bringing back somebody like Dobbs would make a lot of sense.

This is all speculative, of course, on Dulac’s part. $8 million for an experienced veteran backup is far from an outlandish price, especially for a team with a starter on a rookie contract. And I also question just how displeased Trubisky supposedly is about how everything unfolded. He surely knew that he wasn’t going to be handed a starting job no matter where he signed.