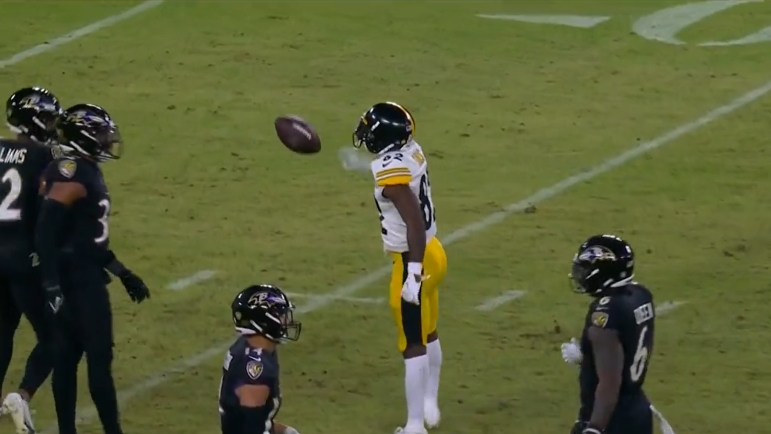 With the Steelers’ 2022 season unfortunately now in the rearview mirror, a 9-8 campaign that came up short too late in spite of a strong second half, we now turn out attention to the offseason and the many decisions that will have to be made over the course of the next several months.

Explanation: While exact tag amounts cannot be known until the salary cap is determined, an original-round tender (also known as right of first refusal) is projected to be worth over $2.6 million. Steven Sims caught 14 passes for 104 yards and rushed for 70 yards, averaging 25.5 yards on 17 kick returns but just 5.5 yards on 19 punt returns. He fumbled three times.

Steven Sims took over the return job from Gunner Olszewski and played over him in most contexts during the season. Olszewski is due to earn $2 million in base salary in 2023. They might as well pay out a little bit more to keep Sims and defray most of that cost by releasing Olszewski, if that’s the angle they want to take.

But they don’t need to do that now. They will likely create more than enough cap space needed through restructures of large contracts and key releases (namely William Jackson III, but possibly Myles Jack as well). Restricted free agent tenders are not guaranteed even when signed, so if he doesn’t make the 53-man roster, they lose nothing.

And hey, they paid Miles Boykin over $2.5 million last year to be a special teamer. If they’re willing to pay Boykin and Olszewski combined about $5 million, they’ll be willing to approach the same range for their starting kick and punt returner.

Bad decisions don’t stack on top of bad decisions well. We can’t make many guarantees about this roster. Olszewski and Boykin were both acquired under Kevin Colbert as general manager, as was Sims. We can’t assume that Omar Khan and Andy Weidl in the managerial seats won’t take a different tac.

After all, the Steelers had among the least productive wide receiver rooms in the NFL last season, and if you take away Diontae Johnson and George Pickens, it damn near vanishes. Choosing not to give Sims a restricted free agent tender also doesn’t mean not keeping him.

Chances are Sims isn’t going to get much traction in free agency. He may very well be easily retained on a veteran minimum contract. After all, he spent last year on the Steelers’ practice squad. Anybody could have signed him. And he didn’t exactly revive his reputation in 2022.