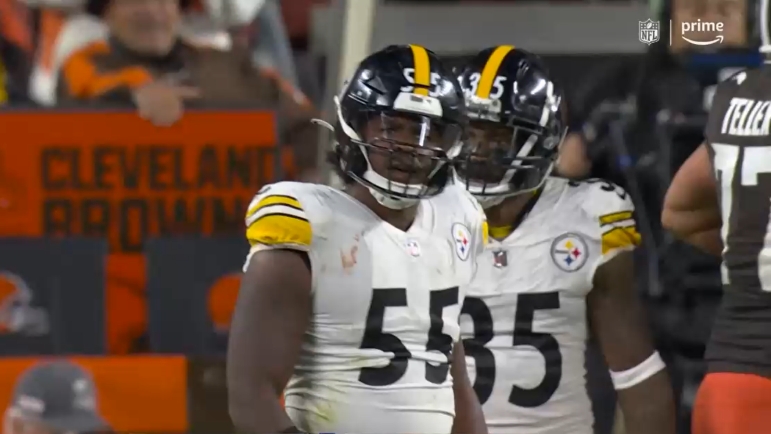 With the Steelers’ 2022 season unfortunately now in the rearview mirror, a 9-8 campaign that came up short too late in spite of a strong second half, we now turn out attentions to the offseason, and the many decisions that will have to be made over the course of the next several months.

Explanation: The Steelers’ former first-round pick, Bush is due to be an unrestricted free agent in March. He Tweeted last night during the Jaguars’ win seemingly hinting that he would like to play for a coach who has actually played in the NFL. His playing time dropped off the map at the end of this past season. His fifth-year option was not picked up.

Remember back in training camp? When he was asked if he felt like this was a make-or-break season for him, he asked in response if the question was meant as make-or-break with the Steelers organization. “I mean, it’s a business. I’m gonna still be in the NFL, so. We’ll see”, he responded when the reporter said yes.

Asked about the tenuous nature of his future in Pittsburgh, he essentially said that it doesn’t particularly matter, because he’ll be playing somewhere whether it’s in Pittsburgh or not. That doesn’t sound like someone who is interested in coming back if he gets a comparable offer elsewhere.

And there’s plenty of reason for him to want out, starting with the fact that he’s pretty much hated in a lot of corners of Pittsburgh. A lot of fans will be happy to see him go. He had a horrendously bad 2021 season coming back from a torn ACL, and his 2022 season didn’t wow anybody. His playing time tanked at the end of the year to the point where they were playing rookie seventh-round former running back Mark Robinson for a significant number of snaps.

Let’s start with social media. A lot of people spend way too much time trying to read into everything players say, as though they expect that players use social media, on average, any differently than we do. The reality is that a lot of athletes throw our their idle thoughts without anticipating that they’re going to be analyzed for cryptic messages.

Yes, Bush is due to be a free agent. He was sitting around watching former NFL player Doug Pederson lead an impressive comeback with his Jaguars team. We also saw a Dan Campbell-led Lions team storm back in the second half of the season. There are other respectable former players in the coaching ranks, like Ron Rivera and Mike Vrabel.

For all we know, he just had his exit meeting with Mike Tomlin and was told that they’re moving on from him. That’s as plausible as is Bush being discontent with his time in Pittsburgh and preferring a change of scenery.