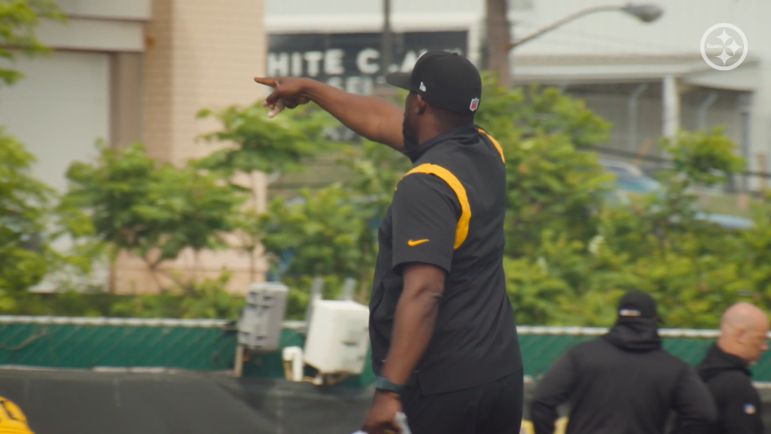 Topic Statement: Brian Flores will land another job this offseason.

Explanation: The Steelers hired former Dolphins head coach Brian Flores last offseason with the title of senior defensive assistant. His name has already been connected with several vacancies so far this offseason, both as defensive coordinator and as head coach. He was a finalist for the Texans’ head coaching job last year.

If you ask me, it’s starting to feel inevitable. There are currently five vacancies for head coach, and that could expand before too long. The Texans again have a vacancy, and their general manager, Nick Caserio, has a long relationship with Florio in New England. The Cardinals just hired Monti Ossenfort, another long-time New England asset whose time with the Patriots overlapped with Flores.

That’s just for head coaching roles, which also includes the Panthers, owned by former Steelers minority owner David Tepper, who’s been said to have a desire to poach from the organization. Though it must be said that, at least at this current time, there is only one defensive coordinator vacancy in Atlanta after the Browns opted to hire Jim Schwartz over him. Yet they may have made that decision only because they feel Flores has higher aspirations.

Flores did not have a high-profile, obvious, tangible role that people could see and measure during the 2022 season with the Steelers. He still has an active lawsuit against the NFL and multiple teams. He has already been passed over for a head coaching position with an organization run by someone he has a history with.

How often do we talk about coaches who should get promoted but never do, and they’re still where they’ve always been? How about Eric Bieniemy? Remember when he was inevitably going to be a head coach? Remember when Bruce Arians said that Byron Leftwich would be a head coach, and then when he retired he put Todd Bowles in the head coach chair?

The point is, it doesn’t matter how much momentum there might be behind somebody’s name. All that matters is that the right people with the right opportunity have to decide at the right time that he’s the right man for the job. So far, that hasn’t happened, and it very well may not happen this year.