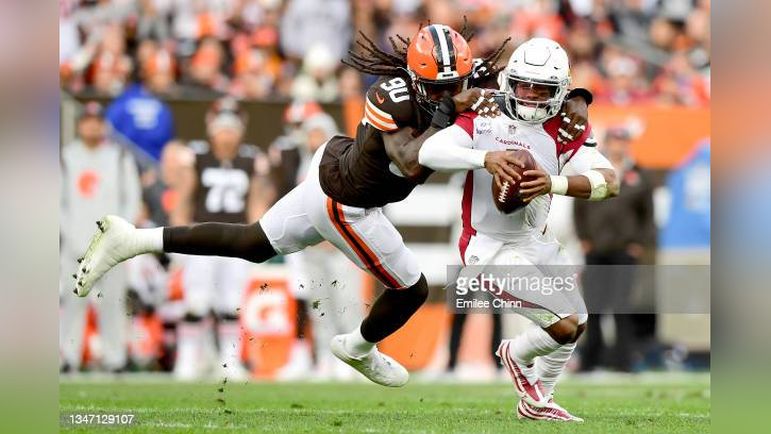 Over the years since former Pittsburgh Steelers minority owner Jimmy Haslam bought the franchise, the Cleveland Browns can seemingly never stay out of their own way when it comes to unnecessary drama off the field and in the public eye.

After being dragged (rightfully) through the mud for how they handled the Deshaun Watson trade and subsequent contract extension, the Browns are back in the public eye in a negative light, thanks to comments from defensive end and pending free agent Jadeveon Clowney Thursday.

Telling Mary Kay Cabot of Cleveland.com that he’s 95% sure he won’t be returning to the Browns in 2023, Clowney explained that he feels he needs to play in a system where the coaching staff believes in him and his ability to make plays, saying it can’t “just be me believing in myself.”

Clowney then went on to state that he believes the team is propping up Pro Bowl defensive lineman Myles Garrett at his expense, putting him in the ideal matchups rather than having the two ends play sides, and questioning whether that’s best for the team or for just the player.

“You’re all trying to get somebody into the Hall of Fame when all that matters is winning,” he told Cleveland.com, which certainly seems to imply he questions whether putting Garrett in ‘opportune’ matchups is in the team’s best interests. “Everybody got here for a reason, and we can all make plays. I know I am.”

Those comments entering the final week of the season for the already-eliminated Browns certainly raised some eyebrows and again showed serious internal strife for a franchise that is consistently on shaky ground on the shores of Lake Erie.

On Friday, just two days before the Browns travel to Pittsburgh to take on the Steelers in the regular season finale at Acrisure Stadium, Cleveland sent him home from practice due to his comments, according to the Associated Press’ Tom Withers.

The #Browns have sent Jadeveon Clowney home and he will not practice today. Status for Sunday unclear.

That’s not an unsurprising move from the Browns overall, as Clowney is not part of the franchise’s plans moving forward, considering he’s a pending free agent. Add in the fact that he not only took a shot at coaches, but a teammate in Garrett as well, and it’s clear that the Browns just simply aren’t going to deal with it and are willing to sacrifice a bit of depth and production in the regular season finale for the good of the franchise moving forward.

The former No. 1 overall pick in 2012, Clowney has been largely a disappointment in his career, mostly due to his inability to consistently stay healthy. This season, Clowney has just 2.0 sack as he enters free agency at 30 years old. He remains a very good run defender overall, but the high-level pass-rush abilities he displayed early in his career as a member of the Houston Texans and Seattle Seahawks have disappeared.

Add in his controversial comments bashing coaches and a star teammate and it could be tough for Clowney to land a job in the NFL moving forward, at least in a good situation.