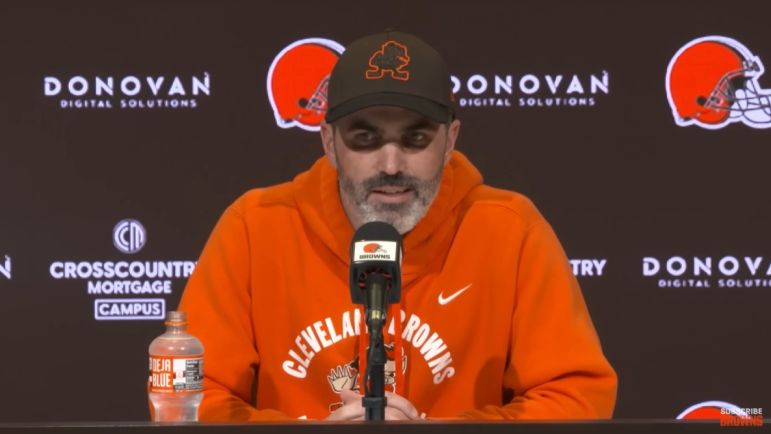 If recent weeks are any indication, the Pittsburgh Steelers are certainly a team nobody should be sleeping on as we enter the final week of the regular season. And all the naysayers who spoke negatively of the team’s first-round selection of Kenny Pickett have been silenced, as he’s thrown only one interception in the last five games, of which the team has won four. More importantly, he’s shown everybody he has that that “clutch” intangible that can’t be coached, as he led the team to a last-second touchdown drive in their win over their bitter rival, the Ravens, this past Sunday evening.

The playoffs are definitely still in the mix for this young squad, although they need several things to bounce their way, including losses by both the New England Patriots and the Miami Dolphins. First and foremost is a needed victory over the Cleveland Browns who will be coming into town this Sunday for a 1 PM kickoff, and count their Head Coach Kevin Stefanski among those who have been impressed by the Steelers’ late-season surge.

“I have a ton of respect for what they do from a schematic standpoint,” Stefanski said today via the Browns’ Official YouTube Channel. ”Good football players. It is going to take a complete game to try and win this one.”

This time around, the team will get their first look at quarterback Deshaun Watson, who was still serving out his suspension for the previous encounter between these two teams. He has however looked a bit rusty in his first five games, going 3-2.

His counterpart, Pickett, is playing the most efficient football of his young career so far, and will look to do his part Sunday to help stamp the team’s appearance in the postseason. All in all, a different set of circumstances than when these teams met way back in Week 3, and Stefanski is very aware of this, including the maturation of Pickett right before our eyes.

He will need to continue to be “different” this Sunday, plus some added luck with losses by several other teams. The Patriots game versus the Bills is still subject-to-change as Buffalo is coping with the tragic injury to their safety Damar Hamlin on Monday Night Football a few days ago. It remains to be seen how the NFL will play this, but at this juncture, all the Steelers can do is focus on what’s controllable by them, and that’s getting into the win column come Sunday.