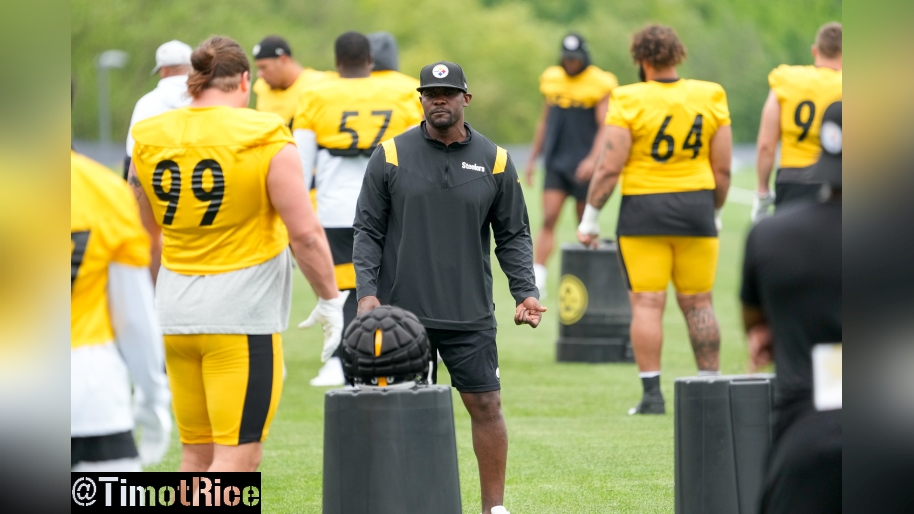 While Brian Flores has yet to interview for the Cleveland Browns’ vacant defensive coordinator position, Sports Illustrated’s Albert Breer believes he’s the favorite for the job. In a column written earlier today, Breer pegs him as someone Browns’ ownership is a fan of.

“If I had to peg a favorite right now, I’d probably go with a Pittsburgh senior defensive assistant, linebackers coach Brian Flores, and I have heard owner Jimmy Haslam is a fan of his.”

Flores is one of several candidates for the job, including Jerod Mayo and Jim Schwartz. Per the Pittsburgh Post-Gazette, Flores will officially interview tomorrow and it’s likely the Browns won’t make a decision for several days after that.

Still, Breer reiterated that Flores is viewed as the most likely man for the job, noting hiring him also takes a piece away from an AFC North rival.

“I’d say Flores is probably the one, with the added benefit of such a hire kicking the legs out from underneath a division rival. We’ll see what happens.”

Flores was hired by the Steelers last February as a senior assistant and inside linebackers coach. If he doesn’t land the Browns’ job, Gerry Dulac reports he has several other offers out there.

Whoever the Browns hire will replace Joe Woods, a Pittsburgh native fired after three seasons by the team on Monday. Cleveland finished with one of the league’s worst defenses this year and an especially poor run defense, finishing near the bottom of the league.

In Pittsburgh, Flores helped Devin Bush improve his game from a year ago though it still likely isn’t enough to see him re-signed after the year. Robert Spillane carved out an every-down role by year’s end while Mark Robinson emerged as a potential candidate to see consistent defensive snaps in 2023, a promising rookie who helped the team’s run defense during their stretch run.