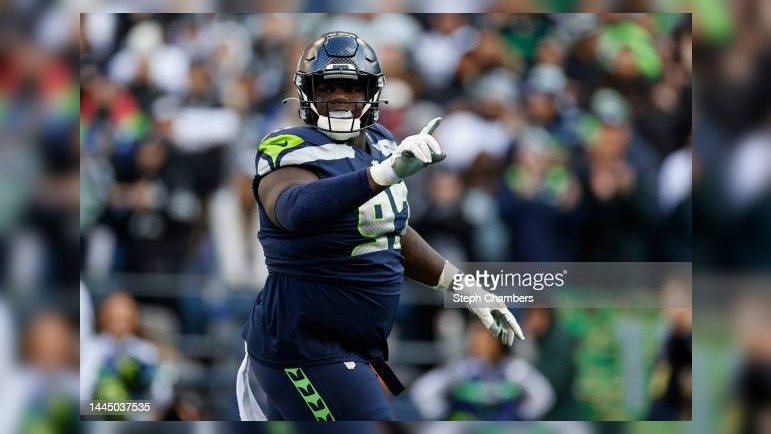 On Monday morning, Kristopher Knox of Bleacher Report published an opinion piece highlighting the Pittsburgh Steelers’ free agency big board and top players to target. While some unrealistic names like Chiefs LT Orlando Brown Jr. were included in this wish list by Knox, he did include a lesser-known name that could end up making sense for Pittsburgh from a position of need standpoint as well as an affordability standpoint.

Given the current state of the defensive line room with Cam Heyward another year older, the jury being out on what DeMarvin Leal and Isaiahh Loudermilk are yet in the early stages of their respective careers, and with Larry Ogunjobi, Tyson Alualu, and Chris Wormley all heading to free agency this spring, Pittsburgh desperately needs to inject talent and depth into the trenches on the defensive side of the football. One defensive lineman that is also slated to hit free agency in March that may appeal to the Steelers according to Knox is Seattle Seahawks DL Poona Ford.

“The top defensive tackle on the market, Daron Payne, will likely be out of Pittsburgh’s price range with a projected market value of $19.4 million annually,” said Knox. “That sort of money makes sense if it means aiding Pickett, but Pittsburgh should be a little more budget-conscious here. With a projected market value of $9.2 million annually, Seattle Seahawks defensive tackle Poona Ford is a more realistic target for the Steelers. However, this doesn’t mean that he can’t make a sizeable impact on the defense. Over the past three seasons, the 27-year-old has tallied 128 tackles, eight sacks and 36 quarterback pressures, per Pro Football Reference.”

Ford played his college ball at the University of Texas where was named the Big XII Defensive Lineman of the Year as a senior back in 2017. However, due to his lack of ideal height and length (5’11 5/8”), Ford went undrafted. However, he has pieced together a fine career in Seattle the last five seasons, becoming a full-time starter the last four years as a twitched-up interior defender that plays chase against the run as well as provides a viable pass rush from the interior. Weighing 310lb, Ford is a stout, stocky body that plays with great leverage, winning with speed and quickness inside as a gap penetrator.

Poona Ford is so ridiculously quick. Destroys this run with ease. #Seahawkspic.twitter.com/94cQmp3nNs

Ford isn’t the prototypical nose tackle given his stature, but he does a good job causing havoc upfront and being a nuisance to opposing OLs. Built in a similar mold to former Steelers Javon Hargrave, being a squatty body that wins with quickness off the snap as well as with leverage and hand usage against his opposition. Ford could be a cost-effective option should that not want to outbid the market for Hargrave or Payne this offseason, providing the defense with a disruptive player that brings some pass rush juice.

This is one of the insights I enjoy most when charting sacks for the TSR project (which I am doing now for DTs). Poona Ford gifting Reed two sacks which go into the 'cleanup' bucket for Reed. Reed has some awesome HQ sacks in 2020, but distinguishing them is important. pic.twitter.com/Fk5dkLF6XI