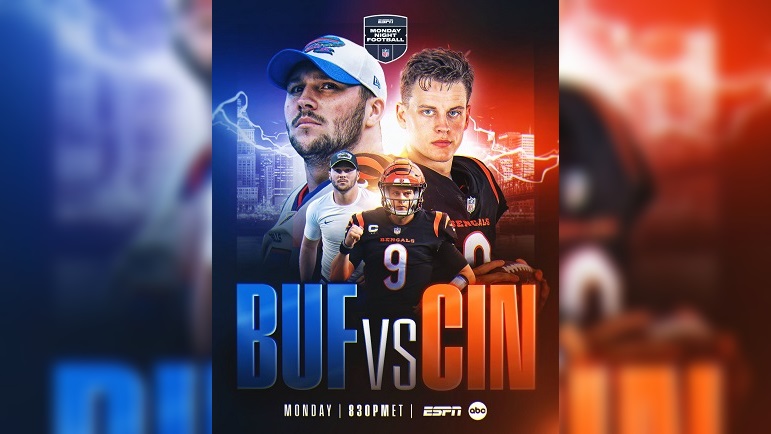 Week 17 of the 2022 NFL regular season will come to a close Monday night with the Cincinnati Bengals playing host to the Buffalo Bills at Paycor Stadium.

This game features the quarterback battle of Joe Burrow versus Josh Allen to close out Week 17. The Bengals enter this Monday night game with an 11-4 record while the Bills enter it as a 12-3 team. Both teams are still in the hunt for the top seed in the AFC. Fans of the Pittsburgh Steelers probably should hope for a Bills win Monday night in hopes that they will have a must-win in Week 18 against the New England Patriots.

Hopefully this will be an entertaining game to close out Week 17 and one the Bills win. The Bills are currently favored by 2.5-points ahead of the game kicking off.