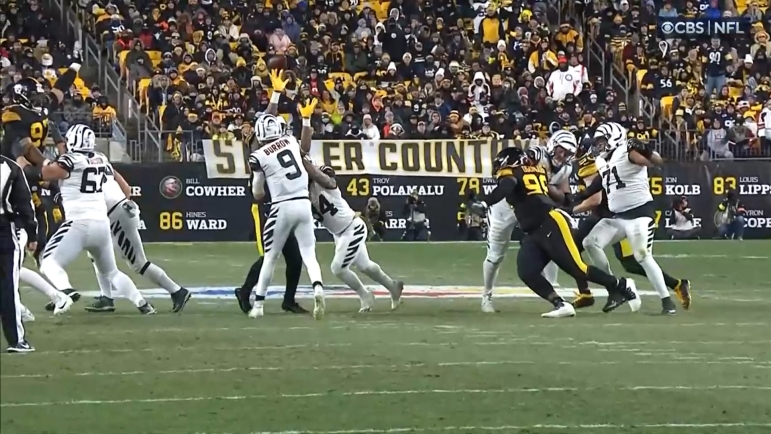 The Cincinnati Bengals fully expected to completely turn around the fate of their franchise when they used their first-overall pick in the 2020 NFL Draft to bring in quarterback Joe Burrow, coming off a historically great college season with LSU.

While his rookie season ended prematurely and not particularly successfully, he managed to bring the Bengals to within minutes of winning the Super Bowl in his second season. He is looking to make another valiant effort in 2022, having claimed the AFC North for the second year in a row. Lombardis are now the expectation in Cincinnati. But for how long? What is their Super Bowl window?

“The window is my whole career”, Burrow responded when posed exactly that question this week. That’s the way it’s been framed, anyway, but he did continue that sentence. It went on, “…and everybody that we have in that locker room, all the coaches that we have. Things are gonna change year to year, but our window’s always open”.

"The window's my whole career… our window is always open."

It’s a catchy story a bit, but it’s a frankly expected answer. Every team who drafts a ‘franchise’ quarterback expects to have an open championship window throughout the duration of that player’s career. That’s what the franchise quarterback enables you to do. If you think you have one and your window’s not open, then he’s not a franchise guy.

Burrow, however, is. He’s looked the part since he was drafted, and he’s only gotten better, finally making the Pro Bowl this year. He finished the season 414 for 606 passing for 4,475 yards with 35 touchdown passes to 12 interceptions. He went 12-4 as a starter.

The year began a bit rough for him, having dealt with an appendectomy just in training camp. He threw four interceptions in the opener against the Pittsburgh Steelers. In fact, half of his interceptions on the season came in his two games against Pittsburgh, although he also had six touchdowns in those two games (winning one and losing one).

As it stands, they will play the Baltimore Ravens in the wildcard round this weekend on Sunday night as they look to make another Super Bowl run. They split the season series with the Ravens—in fact, three of their four losses came within the division—but it’s unclear if Baltimore will even have quarterback Lamar Jackson.