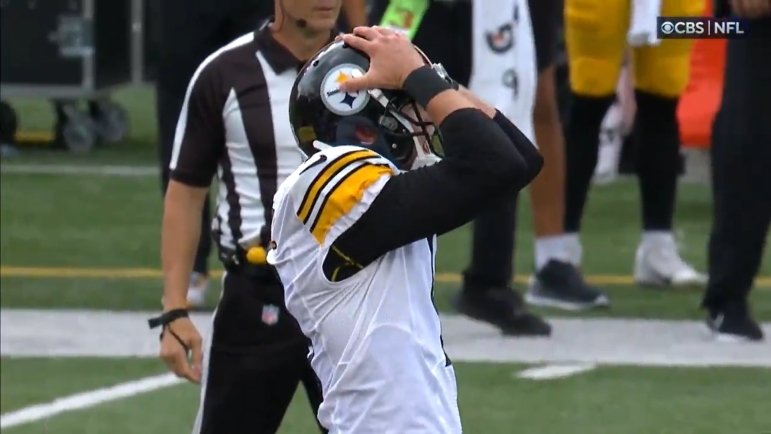 Pittsburgh Steelers kicker Chris Boswell ranks dead last in the entire NFL in field goal percentage this season out of 33 qualified kickers. He rates 41st out of 42 when including those who have not played enough to qualify. Austin Seibert is the only other kicker in the NFL this season who has connected on under 70% of his field goal attempts.

Boswell is just 18-for-26 this year, missing eight field goals in 11 games, although one of those attempts was blocked. His 69.2% field goal accuracy is by far the second-worst of his career, only above his horrendous 2018 season in which he went 13-for-20, making just 65% of his attempts.

The Steelers just signed him to a second contract extension this offseason that temporarily made him the highest-paid kicker in NFL history before the Baltimore Ravens also got their All-Pro kicker, Justin Tucker, done with a new deal of his own.

So what comes next? Well, Pittsburgh Post-Gazette beat writer Ray Fittipaldo said in his chat yesterday that he thinks it could be an interesting 2023 for Boswell. Asked if the Steelers will bring in competition for his job, he said, “They probably will. He bounced back after his bad 2018. Maybe he can bounce back again. But maybe he needs to be pushed too”.

The Steelers had not brought in serious competition for Boswell’s job, outside of the 2019 season following his aberrational year, for nearly the entirety of his career. Ever since he was brought in mid-season in 2015, he performed at such a high level that he rarely had to be questioned.

Yet he now has two bad seasons on his resume surrounded by generally very good seasons, making 90% of his kicks or better in five out of his eight seasons. He was among the most accurate kickers in NFL history at the start of this season, but this bad year has caused him to slide all the way outside of the top 10 after previously being third.

The Steelers did challenge Boswell’s job back in 2018 when he was struggling. In fact, in December of that season, they brought in Matt Crane and Kai Forbath and asked Boswell to kick for his job. He ultimately did so and finished out the season strong and had three very good years after it, until now.

Even in 2019, however, he wasn’t given a pass. They moved his roster bonus that would have been due much earlier all the way to the end of camp because they weren’t willing to pay it unless they were confident he would earn the right to stay on the team.

Matthew Wright was Boswell’s summer competition, and he did a commendable job, so much that the Steelers have continued their relationship with him. He kicked for them for three games in 2020, going 7-for-7, and was back this year while Boswell was injured, making 12 of 14 attempts in four games played.

Don’t be shocked if Wright is back in Latrobe next year.