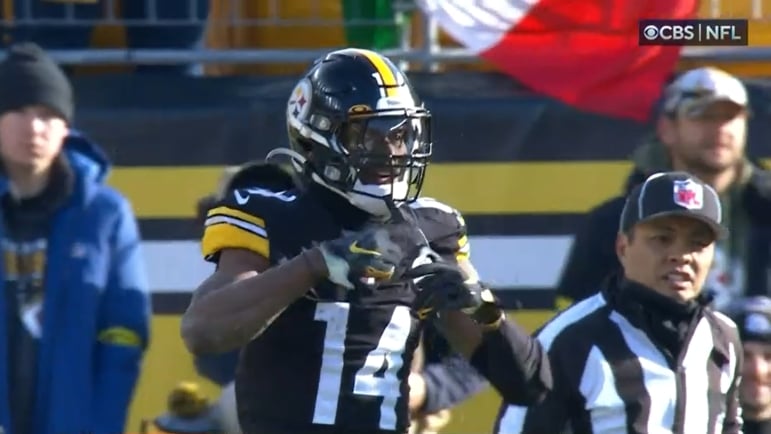 The only way a season ever comes to an end gracefully is if you’re hoisting a trophy after the last whistle blows. The Pittsburgh Steelers in 2022 don’t even get a participation trophy, even though they got the win on their last day of the season.

Unfortunately for them, they are one of the 18 teams whose season is now over, while the other 14 teams are still promised at least one more. Some will have three more games to play, if not four, and one will raise the Lombardi Trophy.

Pittsburgh? “It’s like a birthday party without the cake”, rookie wide receiver George Pickens described the feeling of winning on the last day of the season but failing to make the playoffs, according to Gerry Dulac of the Pittsburgh Post-Gazette. Every time you win feels good, but when you took the field hoping to have another game to play and exited it knowing you’re going home, it doesn’t taste so sweet.

This isn’t the Steelers’ first experience of this nature. In fact, it was even worse. Back in 2018, after the Steelers defeated the Cincinnati Bengals 16-13 in the finale on a Matt McCrane field goal with under two minutes to play, players stayed on the field as they showed the Cleveland Browns lose in overtime to the Baltimore Ravens.

The Steelers needed the Ravens to lose in order to win the AFC North and thus advance into the postseason. Cleveland was playing for its first non-losing season since 2007, sitting at 7-7-1 at kickoff. They came close, but it wasn’t enough—and it was even worse for Pittsburgh than it was for themselves.

Likewise, they needed not one but two games to go their way yesterday. One did, thanks to a very rare occurrence of a single player recording two kick return touchdowns in the same game, but not the other. They needed only the New York Jets to tie the Miami Dolphins. It was tied, 6-6, with under 30 seconds to play. A 50-yard field goal sunk their battleship.

At least this time around, the Steelers knew the deal by the time they came off the field. They didn’t have to wait for another game to finish, although that occasionally has gone their way as well. Just last year, they needed only the Los Angeles Chargers and Las Vegas Raiders to not tie. They very nearly did, but the Raiders kicked a game-winning field goal with two seconds remaining in overtime.

What does all this tell you? The obvious lesson is, of course, don’t put yourself in a position where others control your fate. The Steelers finished each of these three seasons with fewer than 10 wins. In each instance, they needed help in the final week. They got the help they needed one out of three times, even though they did what they needed to do each time. A birthday party without the cake, indeed.