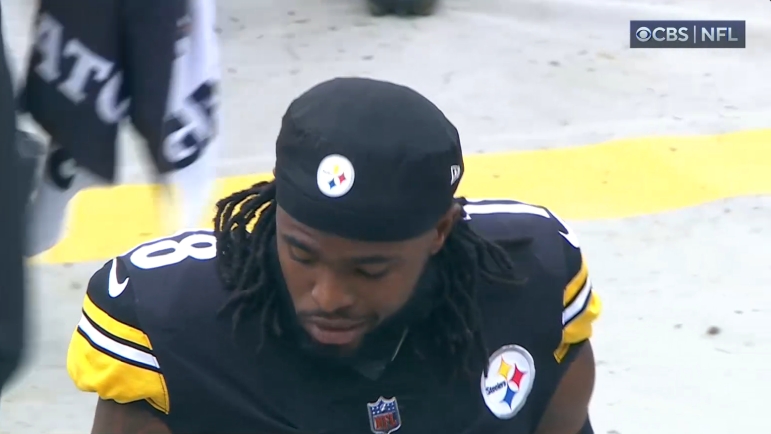 Reasoning: There’s no way to argue around the fact that the fourth-year wide receiver had a disappointing season, finishing with zero touchdowns and under 900 receiving yards for the first time since he was a rookie despite catching 86 passes. In spite of his superb route-running, he continued to have some issues at the catch point and after the catch.

I’m going to let you in on a little secret. I didn’t even read the comments to my year-end awards post because I assumed it would be a dumpster fire after naming Steeler Nation punching bag Diontae Johnson the team’s most underrated player.

I want to iterate that that’s my sincere opinion and was not a choice made out of a desire to be contrarian or controversial. That’s not the type of person I am. Whenever I give an opinion, it’s a genuine reflection of my beliefs.

I just think that the disparity between his skill level and what he’s capable of doing, and most especially what I expect him to do next year, versus how the majority of vocal fans perceive him is extremely dramatic. That’s why I think he’s the most underrated Steeler, because he’s a very talented player whom many don’t even seem to want to have on the team. But he knows as well as anyone that this is a what-have-you-done-for-me-lately business, and he hasn’t even scored lately, which is absolutely at least particularly on him.

That doesn’t mean that the 2022 season was a good one for him, however. Yes, there were a lot of things that were outside of his control that factored into his limited season. His lack of rapport with Kenny Pickett, especially early on, didn’t help anybody.

He did drop more passes, and a higher rate of passes, and in equally or more annoying situations, in comparison to his 2021 season, though his actual drop rate is still far from an issue globally speaking. His occasional tendency to run backward after the catch instead of forward was at its worst this season, even though he is a very capable run-after-the-catch player (that’s why he was an All-Pro punt returner as a rookie).

But 86 receptions on 147 targets for 882 yards and ZERO touchdowns is not good. Not when just a year earlier you caught 107 passes on 169 targets for 1,161 yards and eight touchdowns in fewer snaps. He needs to have a much better season in 2023.

But I fully believe that he will. I think the root of that is going to be much better chemistry with Pickett and just a better offense overall. I don’t know if Matt Canada is going to be at the root of it all, but it’s hard to imagine things not improving with the development that took place with this group of players.

Johnson did have several near-miss plays over the course of the season that could have changed perceptions some. He did have at least one flat-out drop in the end zone. Another was heavily contested. Another he just barely failed to keep his foot in bounds for a very difficult catch.

I know a lot of people are done with Johnson, and that’s their prerogative. But I expect him to be very good for this Steelers offense in 2023. Even if he wasn’t in 2022 when taken on the whole.