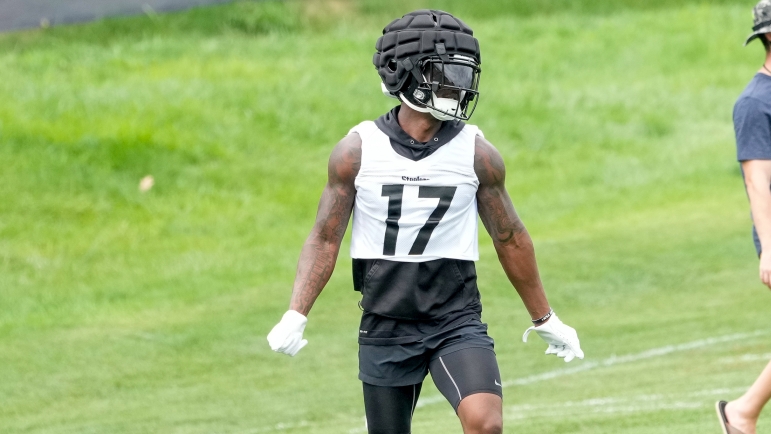 Reasoning: The veteran wide receiver spent the 2022 season on the Reserve/Injured List after showing legitimate potential throughout the offseason to find a spot on the 53-man roster. The team announced recently that they have re-signed him on a one-year contract, giving him another opportunity to catch on.

What will the Steelers’ receiving corps look like in 2023? We know that George Pickens and Diontae Johnson will be on the top of the heap, but after that, what can we say with much confidence? We know that 2022 fourth-round pick Calvin Austin III will be back after missing his entire rookie season due to a foot injury, but he won’t be handed a roster spot.

Prior to his mid-season trade, Chase Claypool was their third receiver and would have been under contract for this season. While they got the 32nd-overall pick for moving him, that still means that they must find a reliable number three.

They will have the opportunity to look in free agency and in the draft, and perhaps Austin could be that guy, but Anthony Miller is looking forward to getting his opportunity to state his case as well. A former second-round draft pick, he has a shot at resurrecting his career.

Miller played three full seasons with the Chicago Bears as a slot option, catching 134 passes for 1,564 yards and 11 touchdowns during that time. They traded him to the Houston Texans prior to the 2021 season, for whom he played in two games before being released.

The Steelers added him to their practice squad before long and spent the rest of the season there, called up once to dress for a game—catching one pass on one target for two yards. He was in position to make a push for a roster spot in 2022, however, before suffering a shoulder injury in training camp that landed him on the Reserve/Injured List.

The fact that the Steelers keep bringing Miller back does show that there’s something that they like about his game and that they believe if given the opportunity he could make the roster and help them out.

With competition like Steven Sims and Gunner Olszewski and Miles Boykin, it’s not hard to be high on his odds right now, if not even actively rooting for him.