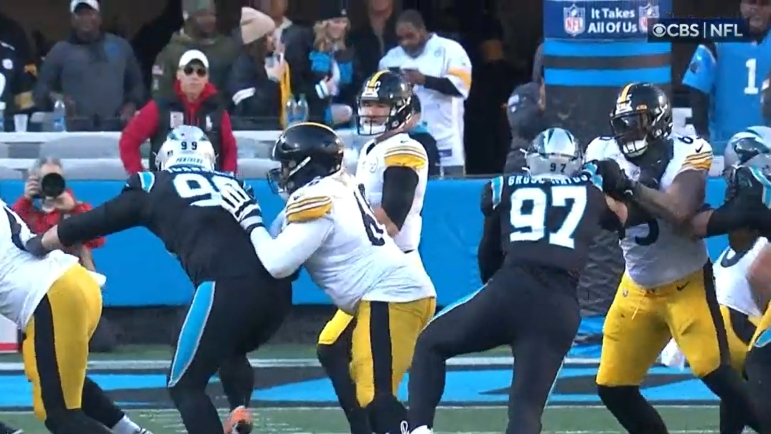 Reasoning: The third-year offensive lineman put together his first complete season in 2022, starting every game and playing every snap. It was a long year during which he had to overcome a lot of struggles, but he progressed as the season went along. By year’s end, he was looking more like somebody who could keep his job in 2023.

A 2020 fourth-round draft pick, Kevin Dotson made a few spot starts as a rookie before winning the starting left guard job in 2021. His play was up and down in terms of performance until he suffered a high ankle sprain midseason that proved awfully serious and caused him to miss the rest of the year.

Although it didn’t prove to be much of a competition in the long run, he was asked to compete with Kendrick Green for the job this past summer. An injury in the early portions of the offseason limited his participation at the start of training camp, but it didn’t take long before he established himself.

Unfortunately, it wasn’t smooth sailing from there. In fact, he struggled quite a bit in the early portions of the season, perhaps in part due to issues adjusting to new offensive line coach Pat Meyer’s different approach to coaching the group.

More than that, however, he also struggled with penalties. Particularly galling were the pre-snap penalties, something that still needs to be cleaned up. But to his credit, he kept his head down and, like the rest of the group, just kept working, and his performance improved over the course of the year.

By season’s end, he was playing at a high level in terms of pass protection, the same strength he showed as a rookie, in spite of the fact that he was drafted with the perception that he was more of a road grader.

He did show progress in that area as well, including an ability to get out to the second level. There remains an area in which the offense still needs to grow significantly, however. Getting those second-level blocks is often the difference between 5-10-yard runs and explosive ones. If Ramon Foster could pull off the occasional kick-out block, he’ll be expected to do the same.

At the same time, the Steelers will be looking for opportunities to upgrade the offensive line, and left guard and left tackle will be the two most likely spots for upgrade. Going into year four, he can’t afford to take anything for granted. His job now is no more secure than it was in the summer.