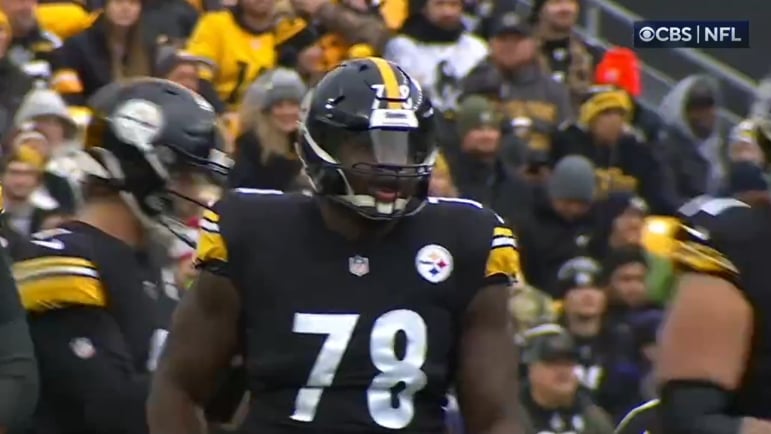 Reasoning: Signed to the largest contract the team had ever given an outside unrestricted free agent, James Daniels took some time to develop and adapt to the Steelers’ scheme, but by the end of the season he established himself as their best offensive lineman and a young leader for the future.

The Pittsburgh Steelers understood in no uncertain terms this past offseason that improving the offensive line was a must. They approached that process by taking the route of free agency, adding established veterans rather than rookies to help build a base.

Mason Cole was the first to be signed, primarily a center and looked at by many as a journeyman, some not even sure if he would earn a starting job. Given Pittsburgh’s history, many feared they would be done after that. Then they added James Daniels.

Still not the most alluring name in the world, he was a young four-year starter with the Chicago Bears who had a clear upward trajectory, especially once he had the opportunity to kick out to guard. He only continued to grow in his first season with the Steelers.

Not that it came instantly. There were actually many negative or concerned reviews about his performance during OTAs and the early stages of training camp, even during the preseason. He and others seemed to have some difficulty adapting to the techniques being taught by new offensive line coach Pat Meyer and applying them to a five-person unit working in sync.

The line as a whole did make significant progress as the year progressed, but none more so individually than Daniels. He didn’t make any Pro Bowls, but he was playing well by the end of the year, particularly in pass protection.

There is only cause for optimism as far as the future is concerned, because he should only continue to get better as he becomes more comfortable in the Steelers’ system and with his teammates. We can probably safely assume that Cole will remain at center and Chukwuma Okorafor will remain at right tackle, so there’s some cohesion there.

As hinted at, though, he’s also a young leader of this team. He only turned 25 years old in September and yet has already played five full seasons, starting 65 games. Other linemen have talked about his intelligence and his knowledge and his desire to bring others up around him. That’s another important aspect that he brings to the team that probably won’t get mentioned much.