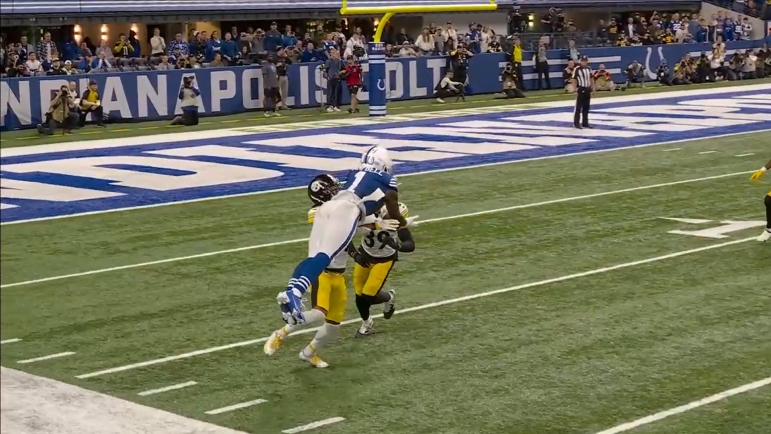 Reasoning: The six-year veteran put together his best and most complete season, arguably successfully stating the case that he is capable of serving as a number one cornerback in this league. While he won’t ever be confused as the second coming of Darrelle Revis, and shouldn’t fetch a cap-breaking contract, he will rightfully earn a considerable raise after playing out a two-year, $9 million contract he clearly outperformed.

A former defensive backs coach, Steelers head coach Mike Tomlin hasn’t exactly gained the best reputation for drafting defensive backs under his watch. He hit on William Gay in his first season, and Keenan Lewis eventually developed as well, but the hits have been few and far between.

Cameron Sutton, a 2017 third-round pick, has proven over time to be another hit. It took him time to earn this or that role, but he has logged over 2,000 snaps in the past two seasons as a full-time starter and has only gotten better.

Stats-wise, he clearly had his best season, with career highs in key categories. He intercepted three passes, including a game-winner, and recorded 15 passes defensed, which tied for the sixth-most in the NFL in 2022.

He won’t ever be the greatest run defender at his position in the league, but he’s made significant strides in that area over the course of his career. He’s cut his missed tackles down considerably, and more importantly, he played with more physicality near the line of scrimmage.

Six seasons into his career, he is due for a third contract after signing a two-year, $9 million contract ahead of the 2021 season, the point at which he was transitioning into a full-time starter, as well as a role that saw more time outside.

He’s since proven that he is capable of being on the field for every snap, and proven that he can handle playing on the outside and covering the top wide receivers. Often enough, he has held his own, even if he hasn’t turned in Pro Bowl performances.

The Steelers can obviously use another quality cornerback, but Sutton will be a priority to re-sign this offseason, especially with the uncertainty over what they can get from the rest of the group that is under contract, guys like Ahkello Witherspoon, who had a terrible, injury-plagued season.