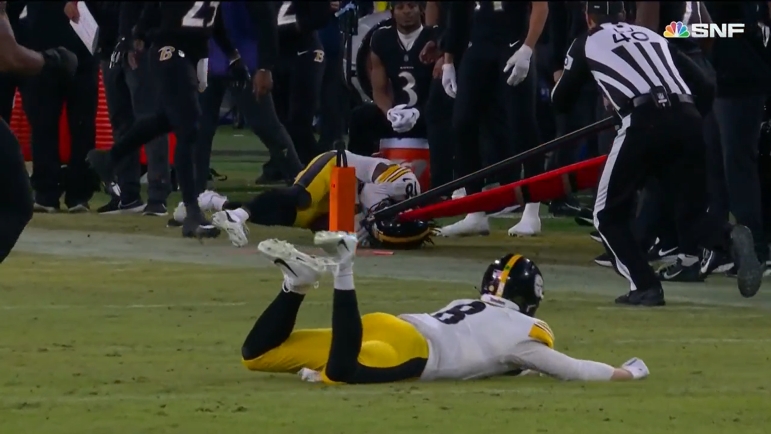 Question: Which game is least likely to go the Steelers’ way on Sunday?

The Steelers are looking for three wins tomorrow afternoon, yet they only have control over one of them. In order to reach the postseason, they need to defeat the Cleveland Browns. They also need the Buffalo Bills to handle the New England Patriots, and for the New York Jets to at least tie with the Miami Dolphins.

Of the three outcomes, which are the Steelers least likely to get on their own? The Bills have just been through a traumatic experience, even if things are trending in a mercifully positive direction. But they also have motivation to win on Sunday; if they win, they can at least guarantee that they won’t have to play in Kansas City against the Chiefs in a conference championship. And if the Chiefs lose, they will get the top seed outright.

As far as the Jets go, well, intended starter Mike White was ruled out for the game due to a lingering rib injury. New York isn’t even willing to put Zach Wilson on the field, who (increasingly disturbingly as time moves on) beat the Steelers earlier this year, so it will be up to Joe Flacco to lead them to victory.

But the Dolphins are in no better position. Not only is Tua Tagovailoa dealing with lingering concussion issues, backup Teddy Bridgewater has been ruled out. Miami will be starting rookie Skylar Thompson. The seventh-round pick has completed 40 of 74 passes on the season for 382 yards with one touchdown and three interceptions and an 0-1 record.

The Bills can beat the Patriots. The Jets can beat the Dolphins. But even if those things happen, the Steelers still have to beat the Browns, and Cleveland beat them earlier this year. Their running game is going to be a bear to slow down, as it always is, with Nick Chubb. The Browns have won three of the past five games against the Steelers, including one in Pittsburgh.