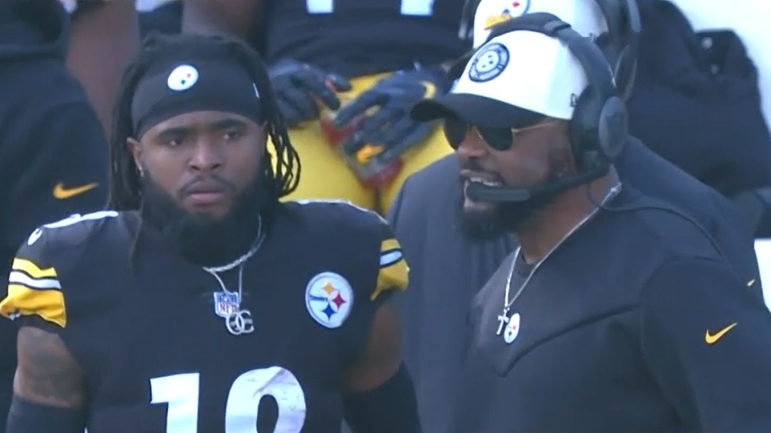 The Steelers are now in their offseason after failing to reach the playoffs in 2022, coming up just a game short of sneaking in as the seventh seed. They needed help in week 18 and only got some of it, so instead they sat home and watched the playoffs with the rest of us.

Starting from the end of the regular season and leading all the way up to the beginning of the 2023 season, there are plenty of questions that need answered, starting with who will be the offensive coordinator. Which free agents will be kept? Who might be let go due to their salary? How might they tackle free agency with this new front office? We’ll try to frame the conversation in relevant ways as long as you stick with us throughout this offseason, as we have for many years.

Question: What would it take to get the front office to entertain trade offers for Diontae Johnson this offseason?

Let’s start with a basic rundown of some of the pertinent information. For starters, Johnson is a more accomplished player than either Bryant or Claypool were at the time of their trade, even if the latter two had a more flashy season on their resume. Johnson has a Pro Bowl (as well as an All-Pro nod as a returner).

Another important distinction is the fact that Johnson is on a veteran contract. The Bryant trade was just idiotic for the Raiders, acquiring a suspended player on the final year of his rookie deal. At least with Claypool, there was an extra year.

But the Steelers already traded one of their top receivers just months ago. Could they really consider trading another one? That would mean even more investment in the position is necessary, because you’re not going to bank on Calvin Austin III, Steven Sims, and Anthony Miller filling out the depth chart behind George Pickens, who himself still has a lot of fine-tuning ahead of him.

So let’s just get in front of the fact, which I think almost all of us recognize, that it’s extremely unlikely the Steelers would trade Johnson. A key point in that regard—Omar Khan was already general manager when the extension was signed. It was his and Andy Weidl’s call.

But they reportedly were not dangling Bryant and Claypool out there, either. The offers came to them. So perhaps the better question would be, what would a team have to put up to get the Steelers to be open to moving Johnson? Whoever trades for him would inherit $10.5 million due in 2023 and $10 million in 2024. That’s not cheap, but it’s manageable.