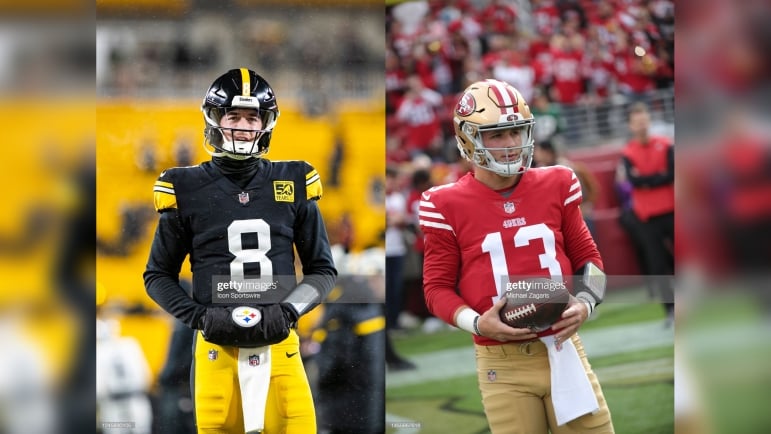 Question: How many people believe Brock Purdy is a better quarterback right now than Kenny Pickett?

Outlets have started putting out their year-end awards lists, including All-Rookie teams and things of that sort. And who has been at the top of the list for the quarterbacks? Well, it’s been Mr. Irrelevant, Brock Purdy, who admittedly has had a pretty good year stepping in for the San Francisco 49ers and has them on the doorstep of returning to the Super Bowl.

But is he actually a better quarterback, right now, than the Steelers’ Kenny Pickett? To tell the truth, I don’t think you can really get an accurate picture of how either has performed, in isolation, merely by looking at their raw numbers. The tape is what has to tell the story.

My purpose isn’t to provide an answer as to whom I think is the better quarterback right now, but I do think that the way the past couple of months have played out makes this a discussion worth having. How widespread is the opinion that Purdy is better than Pickett at this stage of their careers?

They’re both rookies, after all, and there’s no reason that we should be beholden to bias by pedigree. Pickett was a first-round pick. Purdy barely even got drafted. But both of them put a lot of good tape out there.

Purdy managed to throw 13 touchdown passes in the final six regular season games. That’s almost double the number of touchdowns Pickett threw all season, but both offenses scored at a similar rate down the stretch.

I want to make it clear that this isn’t a question of who you would want more, either right now or in the future. There is no ‘would you trade Pickett for Purdy straight up’. It’s simply, do you think Purdy is better than Pickett, at this moment, and how widespread is this belief?