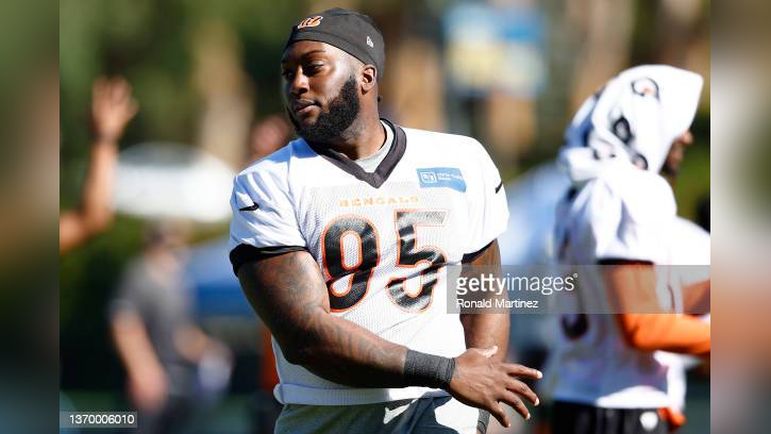 Now that the Pittsburgh Steelers’ 2022 season is over, the team finishing above .500 but failing to make the postseason, we turn our attentions to the offseason and everything that means. One thing that it means is that some stock evaluations are going to start taking on broader contexts, reflecting on a player’s development, either positively or negatively, over the course of the season. Other evaluations will reflect only one immediate event or trend. The nature of the evaluation, whether short-term or long-term, will be noted in the reasoning section below.

Reasoning: The Steelers announced earlier in the week that they had agreed with defensive lineman Renell Wren on a Reserve/Future contract, which means that he will continue to be a part of the organization after finishing the season on the practice squad and seeing some elevation time. There is potentially room for him to advance his position with some foreseeable reshaping to take place in the defensive line room.

Whether they like it or not, there’s a good chance that some change is coming to the Steelers’ defensive line room this offseason. While Cameron Heyward almost undoubtedly isn’t going anywhere, much of the rest of the room is less certain.

There’s a good chance that veterans like Tyson Alualu and Chris Wormley, the latter currently recovering from an injury, have played their last down in Pittsburgh. 2022 starter Larry Ogunjobi is due to be a free agent as well, and it’s unknown how seriously Pittsburgh is about trying to re-sign him, nor about what it would cost.

That leaves the door open for a guy like Renell Wren, a late practice squad addition this year. A former 2019 fourth-round draft pick of the Cincinnati Bengals, Wren hasn’t gotten onto the field all that much. He played in 11 games as a rookie but spent the 2020 season on the Reserve/Injured List. He played just one game for the Bengals in 2021, spending that year on the practice squad.

He originally signed with the Philadelphia Eagles back in February, but he failed to make their 53-man roster, cut on August 30. Pittsburgh added him to their practice squad on September 2. He was called up for one game this year and saw all of one snap in the process.

But the Steelers like their pedigree guys, and he has been in some systems with abundant depth. Pittsburgh had depth this past year, but it’s less clear going forward that they will. Montravius Adams will presumably return, as will DeMarvin Leal and perhaps Isaiahh Loudermilk, but there isn’t much set in stone outside of Heyward.

If he can put together a good offseason with the team, he can certainly have a chance to make the jump back to a 53-man roster and participate in games. He has the sort of measurables that the Steelers look for, so that’s always a good place to start.