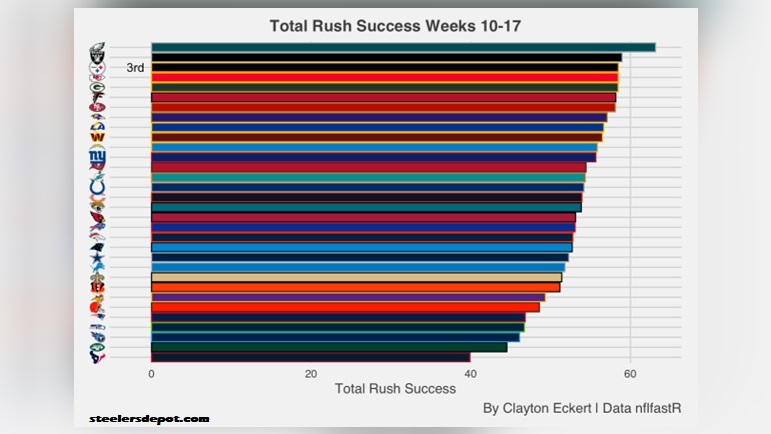 Today I wanted to provide data per a good question from Pastor Joe Green on the Terrible Podcast; what has the Pittsburgh Steelers’ rush success rates (40% of the needed yardage on first down, 50% on second down, and a first down or touchdown on third and fourth down) looked like before the bye, after the bye, and the last four weeks? Let’s start with the total numbers on the season, then we’ll dive into the specific time frames: 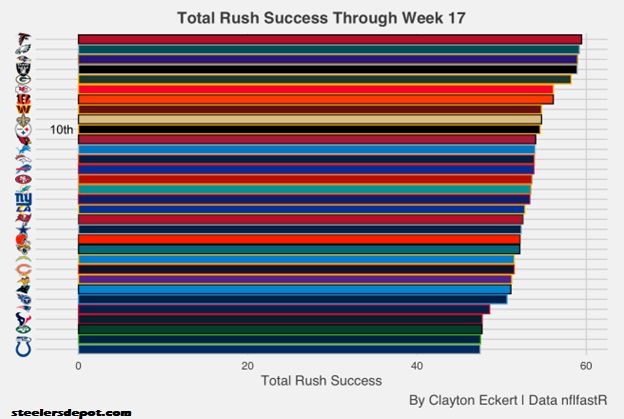 The Pittsburgh Steelers come in at 10th in the NFL with a 54.5% success rate on the season through week 17, very encouraging in totality as we dive deeper. Next, let’s see what this looked like before the bye from weeks one-eight: 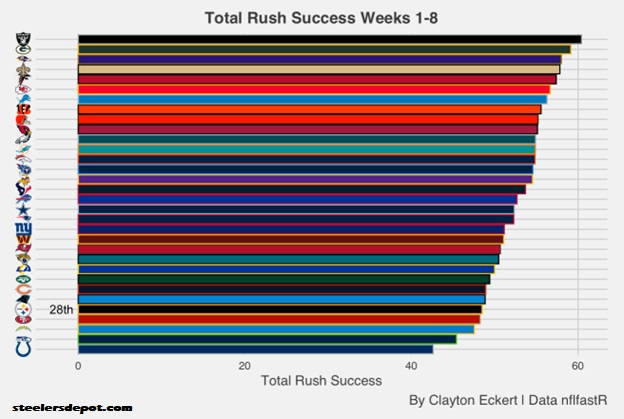 Putting a number and comparing to the rest of the NFL really gives extreme context to the early season struggles, ranking 28th in the NFL with a 48.5% success rate. Now for the post bye week numbers from week 10-17: 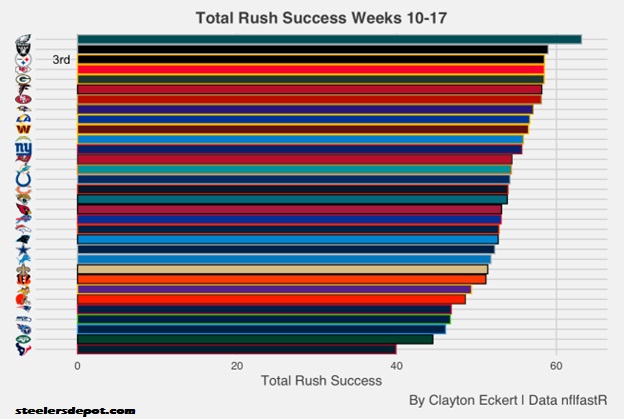 Here we see an incredible improvement for the Pittsburgh Steelers on the ground, ranking third across the entire NFL with a 58.5% success rate since week ten, a key component to propelling this team to a 6-2 record, compared to their 2-6 record pre-bye. What a stark and refreshing difference, and clearly the engine to the 2022 Steelers offense and late season run to hopefully punch their ticket to the playoffs.

To close, let’s look at an even more recent sample of the last four games, from week 14-17: 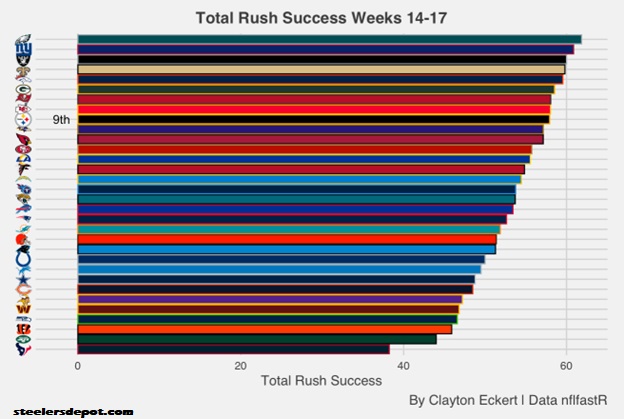 While Pittsburgh’s ninth rank in the NFL is lower than the post-bye result, their 57.9% success rate the last four games is very close to that strong percentage (58.5%) and an encouragingly strong number that has also led to team success with a 3-1 record.

So as many would expect, the success rates after the bye are very strong (58.5%) and impressively ranked third in the NFL after a lowly 28th rank before the bye at a 48.5%, improving ten whole percentage points! Pittsburgh has looked like a completely different team in the some of the best ways possible on the ground. Uber credit to the offensive line and running backs for flipping this obvious switch at the bye week and turning this 2022 season around!