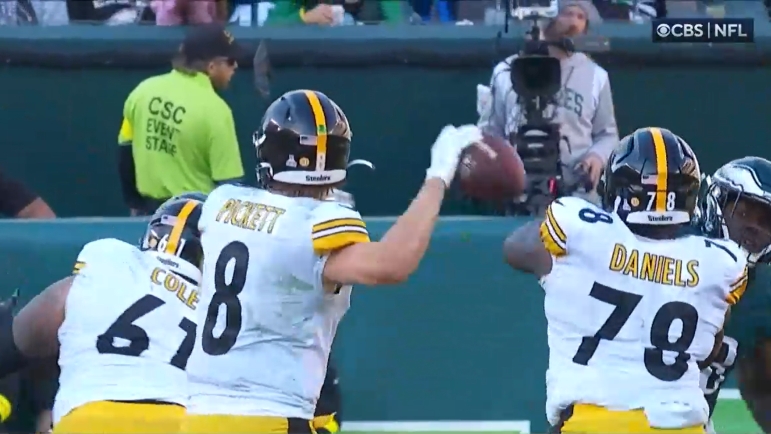 The Pittsburgh Steelers are back in the UPMC Rooney Sports Complex earlier than they had anticipated, having been ousted before they even reached the postseason, which unfortunately marks the sixth consecutive season in which they failed to win a postseason game—tying their longest drought of the Super Bowl era. Yet again, they find themselves undergoing the exit meeting process earlier than anticipated, which means so are we.

The Steelers did arguably perform at or above expectations this year by going 9-8 and nearly making the postseason at all, a reflection of just how much talent they lost during the offseason, from Ben Roethlisberger and Joe Haden to most of their wide receiver room, not to mention Stephon Tuitt’s decision to retire.

While we might not know all the details about what goes on between head coach Mike Tomlin and his players during these exit meetings, we do know how we would conduct those meetings if they were let up to us. So here are the Depot’s exit meetings for the Steelers’ roster following the 2022 season.

Though he didn’t begin the season as the team’s starting quarterback, he certainly ended it that way. Having spent the offseason running primarily with the third-string offense behind Mitch Trubisky and Mason Rudolph, he started out a bit behind the eight ball and has admitted on a number of occasions that he found himself playing catch-up getting on the same page as his targets with whom he had little work.

Pickett’s raw numbers on the season are far from impressive, completing 245 of 389 pass attempts. A completion percentage of just 63% hasn’t been impressive for well over a decade, quite frankly. His 2,404 yards translated to just 6.2 yards per attempt. And he threw more interceptions (9) than touchdowns (7).

But anybody stat-scouting Pickett’s rookie season completely misses the bigger picture, not just in terms of his accumulated development over the course of the year but judging his actual performance and understanding why his numbers are what they are.

I’m not set to make any proclamations about him being the Steelers’ savior, let alone a potential Pro Bowler, but Pickett did a lot of things to be encouraged by. That goes for not just his play on the field but in the way that he developed into a leader on the team. This is already his locker room, and it’s entirely unambiguous. These men will follow him and believe in him.

I would argue that Pickett’s greatest strength that he showed as a rookie was his situational performance between the 20s and in the critical moments. The offense actually played very well until they got into the red zone.

That, of course, is a problem. I intend to dig deeper into the red-zone numbers at some point this offseason, but both the unit’s performance and his performance specifically need to improve in that area next season. Coupled with his deep pass accuracy and timing and some other issues—footwork, pocket presence, for example—he’s got a lot to focus on this offseason, but he’s shown nothing that says he’s anywhere near his ceiling.