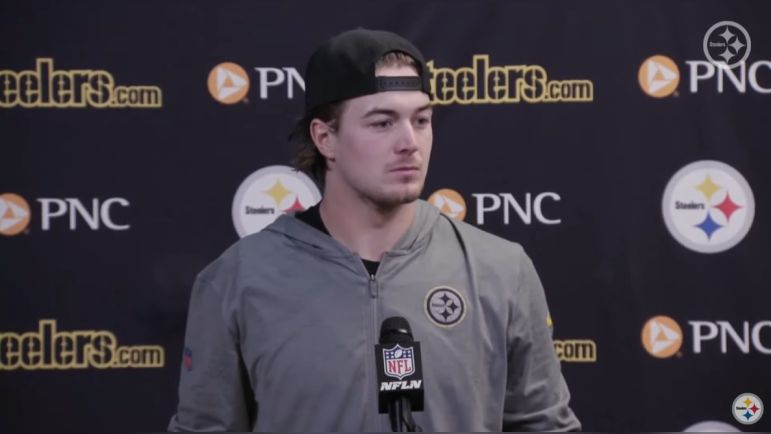 We’ve been saying it for weeks now. 15 weeks to be precise. The Pittsburgh Steelers need to do better at consistently driving down the field and finishing in the red zone. Since the beginning of the 2022 season, the red zone has proceeded to haunt the offense and their lack of consistently converting drives into touchdowns when inside the opponent’s 20-yard line.

QB Kenny Pickett has particularly struggled in the red area of the field, having only five TDs passes on the season compared to nine INTs in 11 games played. Sure, Pickett entered his first game at halftime in Week 4 against the Jets and left the Buccaneers and Ravens games early due to concussions, but he too has made note of his inefficient play when the offense gets into scoring range. To his credit, Pickett has picked up three rushing TDs on the season as well, but he must improve as a pass in the red zone in order for the offense to take the step forward it desperately needs in order to close out more of these one possession games.

Speaking to the media on Wednesday, Pickett was asked how the offense can do better this week against the Ravens after being held out of the end zone until their final drive against the Raiders. Pickett responded stating the same thing we’ve heard for weeks now, knowing the talking point is getting old for him as well.

“Ya, I just think consistency and finishing drives is going to be the focus,” Pickett said to the media Wednesday on video from Chris Adamski’s Twitter page. “We got to finish in the red zone and be better there like we’ve been preaching pretty much the back half of the season. That’s the main emphasis that we got to continue to try and become a lot better at.”

Kennny Pickett on what the offense needs to be better at against the Ravens pic.twitter.com/t2iR4p3bC9

For Pickett, the problem that has held back this offense since the beginning of the season remains the problem with two games left to play. It’s not something new to him or the rest of the team, stating that improvement in the red zone is something that has been continually preached since the bye when Pittsburgh’s offense was in worse shape converting in the red zone than it currently is now.

Averaging just 17.6 PPG, the offense must do a better job at turning trips to the red zone into touchdowns, not field goals. Pickett, OC Matt Canada, HC Mike Tomlin, and the entire Pittsburgh Steelers organization know this as a fact. The question remains if this group as assembled will be able to get the job done, however. Pickett has shown strides in this aspect of his game, but as Josh Carney pointed out in his piece, the young rookie QB still has a long way to go before this offense is where it needs to be to compete as a playoff contender.