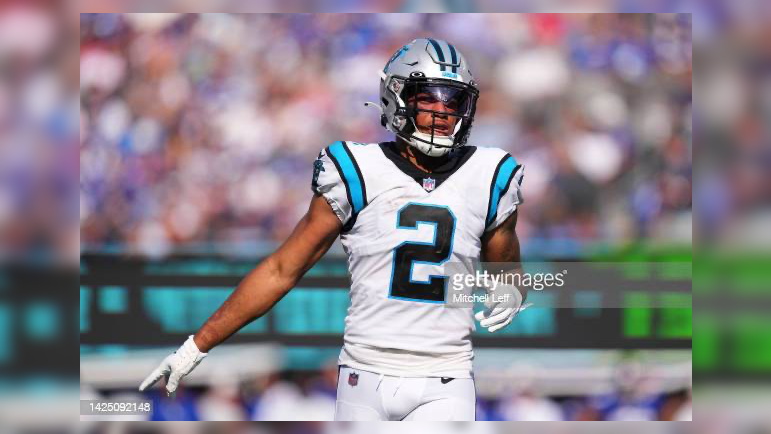 It appears like the Carolina Panthers will have their #1 pass catching option suiting up for them Sunday against Pittsburgh.

According to ESPN’s Jeremy Fowler, Panthers WR D.J. Moore is expected to play Sunday after being listed as questionable on Friday with an ankle injury.

#Panthers WR D.J. Moore (questionable, ankle) is expected to play Sunday vs. Pittsburgh, per sources. Had a productive week of practice coming off the injury from last week.

Moore had previously practiced fully on Wednesday and Thursday, but logged only a limited practice on Friday, causing a set back for the receiver and putting his status for Sunday’s game in doubt.

While Moore hasn’t had a great season as far as the stat line goes (46 receptions for 605 yards and four TDs), he is a legit threat at receiver, having the speed and explosiveness to win down the field and pick up yards after the catch in space. He also has been used on the ground some for Carolina this season, carrying the ball nine times for 45 yards.

The Panthers are primarily a run-heavy offense with Sam Darnold being more of a game manager at QB. However, having Moore in the lineup will have to make Pittsburgh respect Carolina’s passing game tomorrow as the Steelers travel to Charlotte and look to get a bad taste out of their mouth with a victory against a gritty Panthers squad.