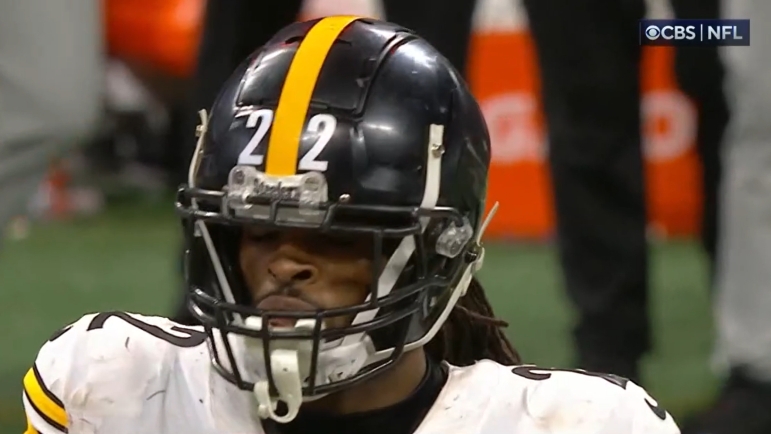 Since the Pittsburgh Steelers Week 10 bye, the team has been running the ball significantly better. The Steelers are 3-1, and have 100+ rushing yards in all of their last four games. Even with both running back Najee Harris and running back Jaylen Warren missing time, the team has gotten production out of running back Benny Snell Jr. and also Anthony McFarland Jr. in their Monday Night Football win against the Indianapolis Colts. They’ve also run the ball 138 over their last four games, an average of 34.5 per game. While that total includes Kenny Pickett scrambles, it’s still a huge number that tells you Pittsburgh’s focus on the run. Earlier today, offensive coordinator Matt Canada talked to the media about Pittsburgh’s increased rush attempts.

“I think staying on the field and sustaining drives and staying ahead of the chains, which we actually did a decent job of early in the year, we just didn’t stay on the field on third down. So, I think it’s a combination of a lot of things. That’s obviously what we’re trying to do. We’re trying to run the football and trying to let our linemen play and be physical and let Naj[ee Harris] and Benny [Snell Jr.] and Ant[hony McFarland Jr.] go do their things, and Jaylen [Warren], and then make plays on the edge when we can,” Canada said via official transcript provided by the team.

That’s how this Pittsburgh Steelers team wins games. It’s ball-control football where the running game is able to pick up chunk yardage, and the defense gets stops. Before the season, that’s the type of team I thought the Steelers would be and should be. But a lack of production in the run game prevented that from being the case, and Mitch Trubisky and Kenny Pickett were being forced to make plays if this team wanted to win. While you obviously want your quarterback to make winning plays, neither Trubisky nor Pickett (for now) is the type of quarterback that you can rely on to win the game by themselves. With the run game breaking down, this team limped to a 2-6 start.

With the run game picking up out of the bye, they’re 5-7. Not only does a better run game take pressure off the quarterback, but it takes the pressure off the defense by giving them a longer break on the sideline while the team controls the ball. It’s something Cameron Heyward talked about after the game on Sunday.

The benefits of having a good ground game are helping the Steelers become a balanced and more well-rounded football team. They’re simply better. Najee Harris finally looks healthy after a preseason foot injury, Warren has continued the level of play that landed him on the roster, and even Snell, who looked to be a total non-factor out of the backfield heading into the year has played well for this team. If they can keep running the ball well, don’t count out Pittsburgh going on a little bit of a run and slowly creeping back into the playoff picture over the next few weeks.