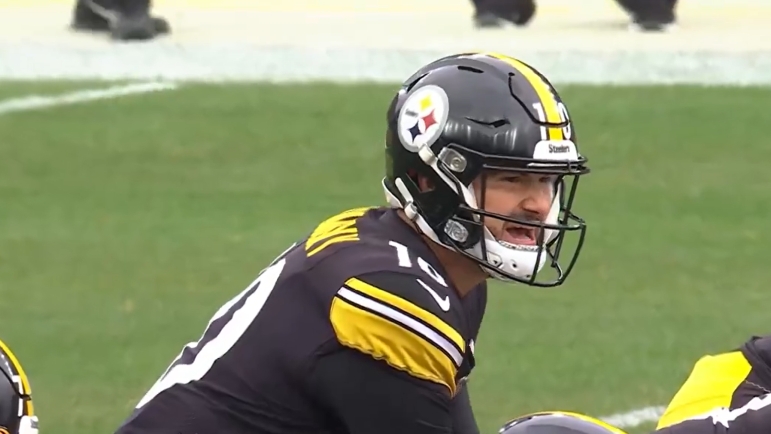 Who is going to start at quarterback for the Pittsburgh Steelers on Sunday? Don’t ask anybody on the roster, as they don’t seem to know. Not even the quarterbacks. With Kenny Pickett listed as doubtful to play while continuing to work his way through the concussion protocol, it’s going to be either Mason Rudolph or Mitch Trubisky, but neither has let slip that they know what the decision will be.

Asked if he had a feeling one way or the other which way the decision might be leaning toward, Trubisky told reporters yesterday, “I don’t. I do not”, via the team’s website. Asked if he would like to have an idea by this point, he said only, “Of course”.

Trubisky opened the season as the starter for Pittsburgh through the first four games but was pulled at halftime in week four in favor of Pickett. The rookie started every other game since, but Trubisky has seen action in a couple of games due to Pickett suffering multiple concussions.

He was able to recover quickly the first time around and did not miss a game, but it does not appear that he will have the same fortunes this time around. He was only able to participate in practice on a limited basis throughout the week, so it’s unlikely that we see him before week 16. But somebody has to start, and presumably they need to know it soon, but when?

“Before the game starts, for sure”, Trubisky said playfully when he was asked that question. “10 minutes will be good. We’ll see how secretive he wants to keep it. We’re ready. I’m ready”.

He would be head coach Mike Tomlin, who like most head coaches would prefer to delay the divulgence of information that is not required. While he has to put out an injury report, he does not have to announce a starting lineup in advance, and it doesn’t help the Steelers to inform the Carolina Panthers who will start at quarterback before it’s necessary.

“We got some clarity about where we’re going”, Tomlin told reporters yesterday via the team’s website when he announced that Pickett was doubtful for the game, regarding the status of who the starter would be, but added, “there’s just no need to land the plane until it’s required to land the plane”.

And so until the pilot is ready to take her down we’re going to continue to circle the airport, recognizing that no matter where we touch down, we’re going to experience a fair bit of turbulence along the way. And based on how things have gone probably no more than one touchdown, if that.