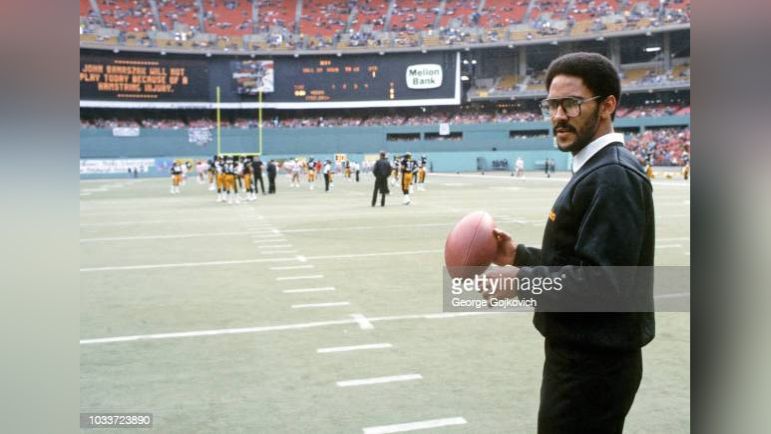 Dungy appeared on Sirius Radio Thursday morning, mostly to discuss the life and legacy of Franco Harris. But Dungy also told stories about his time in Pittsburgh and the impact his teammates – and fans – left on him. He shared the time a fan helped get him home from a game.

“We’re playing a Monday night game against Cincinnati and I’m still a rookie making $20,000,” Dungy told Rich Gannon. “I’ve got an old 1968 car in 1977. I get out after the game and my car won’t start, my battery’s dead. This fan goes and gets a jumper cable for me and comes back and jumps my car. Not because he wanted to autograph or anything, that’s just the relationship we had built with those fans. They would do anything for us.”

The Steelers have always had among the most devoted fanbases. And by 1977, the team was no longer the same old Steelers, the lovable losers. They had won two Super Bowls that decade and had the makings of a dynasty, a journey they’d complete by the end of the 70s. Dungy was in his rookie year, largely an unknown as an undrafted player out of Minnesota, but he was a Steeler. And that’s all that mattered.

As Dungy notes, the Steelers’ close relationship with fans played a key role to the organization. Learning from guys like Franco Harris, selfless with their time and willing to sign every last autograph, helped shape Dungy into the person he is today.

“Guys like Franco Harris, they’re standing out at the fence [at training camp] talking to people, signing autographs, taking pictures with people. So I learned that that’s what you’re supposed to do. You build that camaraderie, you got to know people, and it was exciting.”

Dungy credits a now-veteran 1977 squad for showing him the way. A group that had been built over the last eight years with fixtures like Joe Greene, Jack Lambert, Lynn Swann, and of course, Harris. But he also credited the team’s top-down approach and the way Art Rooney – the Chief – ran the organization along with Chuck Noll’s steady hand that rebuilt the roster and turned Pittsburgh into a winner.

Dungy went on to play for the Steelers from 1977 to 1978 before being traded to the San Francisco 49ers. He went on to get into coaching and won a Super Bowl with the Indianapolis Colts. Of course, what Dungy learned was passed down to his players and coaches, including Mike Tomlin, then a young secondary coach in Tampa Bay. Tomlin took those teachings and carried it with him back to Pittsburgh, meaning what Harris and others taught in Pittsburgh came back full circle for to support and guide the next generation.