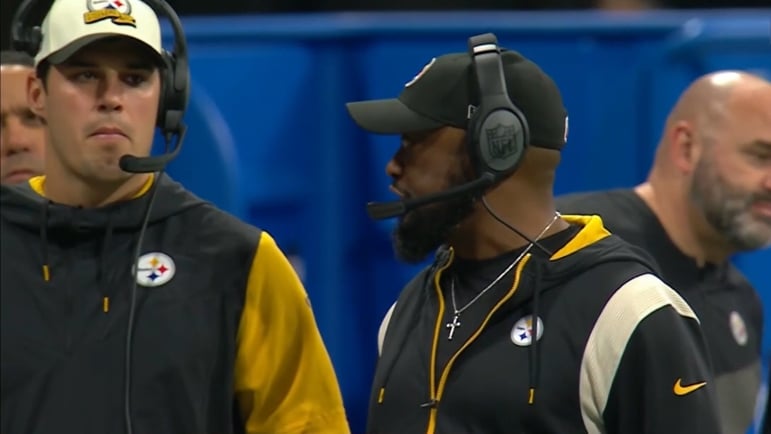 Pittsburgh Steelers head coach Mike Tomlin surprised me just a bit by leaving the door open for quarterback Mason Rudolph this week in the event that starter Kenny Pickett is unable to go after suffering a concussion on Sunday.

Whether or not that actually comes to pass remains to be seen—it’s entirely possible that we do end up seeing Pickett play, for one thing—but he did lay out the logic behind how he could go from virtually no meaningful practice reps to starting a game, particularly at the end of his press conference.

“He’s been the same guy from my perspective,” he said when asked how he has adjusted from going to the gameday backup the past three years to third string this year, via transcript. “He’s probably better equipped to answer the how. But I see the same guy, still see the same level of urgency, attention to detail and competitive spirit”.

How exactly does he get a chance to apply that when, as he told reporters on Monday, he had to “barter” with Pickett and Mitch Trubisky just to get a couple of reps during the bye week? Other than that work, he said that his last significant work was probably in training camp.

Of course, he gets scout team reps and things like that, but he’s working with guys on the bottom of the roster or on the practice squad for the purpose of detailing what they expect their upcoming opponents to show against them.

At this point, I don’t think that Tomlin would start Rudolph against the Panthers if Pickett is unavailable, but he did a nice job of talking it up, explaining as he did back in training camp that they have four years’ worth of accumulated experience together to draw from.

“When you’ve got veteran backups, guys with a cumulative body of work, particularly in Mason’s case, having been exposed to us and having been here and the receivers potentially that he would work with and all of those things,” he said. “Oftentimes, when you’re talking about a guy ascending within that position, you’re calling on past experiences as a catalyst for how you move forward.”

Rudolph, of course, would be the guy ascending into that position if he ends up starting going from the third-string quarterback. He has not dressed for a game yet this year, since neither Pickett nor Trubisky have had to miss time, but he has made a number of starts for the team over the years and likely knows the offense better than any other player on the roster.

He would need to get work in with guys like George Pickens, however, and that’s the tricky part. I’m not sure how much work he got in with the starting offensive line, either, though three of them were on the roster at least last year.