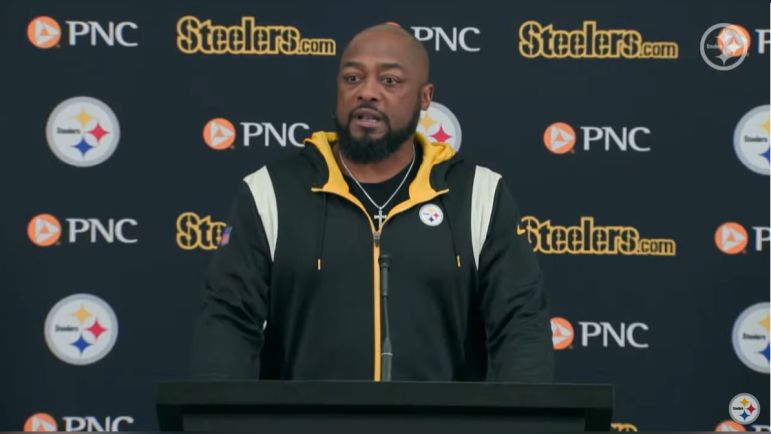 Wear a couple layers and wear a couple more. Even by December-in-Pittsburgh standards, it’s going to be a cold one Saturday night against the Las Vegas Raiders. With temps that might not make it out of the single digits and a wind-chill that’s expected to be below zero, the Steelers’ Christmas Eve game this weekend against the Raiders is expected to be one of the coldest in recent history.

Speaking during his Tuesday press conference, Mike Tomlin knows the weather may change the team’s plan.

Mike Tomlin on Steelers-Raiders and it possibly REAL cold at kickoff: "We'll acknowledge that the weather could be a significant component but such is life in the NFL and in Pittsburgh." #Steelers

“And I just think that’s a beautiful part of December and January football, the weather component,” Tomlin said via the team’s YouTube channel. “We’ll acknowledge that the weather could be significant on Saturday night and could play out in terms of how these two teams come together but that’s life in the National Football League and specifically life in Pittsburgh. And so we won’t run from that. We’ll run to that.”

According to the forecast, Saturday’s ‘high” is expected to be 12 degrees with a low of eight. But factor in the chance of snow, a storm is rolling in Thursday and Friday, and the wind off the river will likely put temperatures well below zero. Per ESPN’s Field Yates, it’s one of many extreme-weather games expected this weekend.

The current estimates for the "feels like" temperature at kickoff of some of the outdoor games this Saturday:

With more mild winters in recent years, even Steelers’ players may not quite be used to playing in this level of extreme cold.

Per Pro Football Reference’s Game Finder, the last time Pittsburgh played a game in single digits was 1989, a 28-10 win over the New England Patriots with temps hovering around three degrees. But nothing compares to their 1977 game against the Cincinnati Bengals, a zero-degree game we wrote about in 2019.

The Coldest Game In Steelers History

In a game played on a sheet of ice, even in the press box after a pipe burst, the Bengals came out on top 17-10.

Saturday’s game will be an elimination contest for one of these teams. Pittsburgh and Las Vegas enter this one at 6-8 and for either team to have a shot at the postseason, they have to win out. Barring a tie, whoever exits this game with a ninth loss will leave the field with a bit of frostbite and the even worse pain of seeing their playoff dreams come to an end.