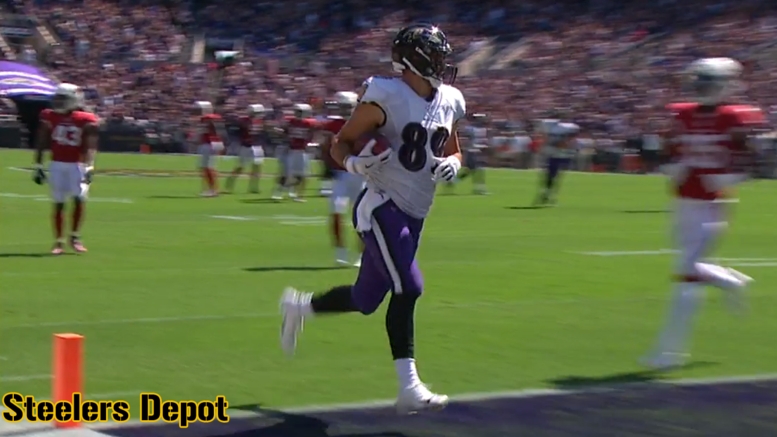 The Pittsburgh Steelers are preparing to face the Baltimore Ravens for the second time in four weeks. They lost the first round after their starting quarterback was knocked out early in the game and are looking for better results this time around.

In order to achieve that, they recognize that limiting All-Pro tight end Mark Andrews will be a crucial factor. He has consistently been one of the team’s focal points since he was drafted and has only grown more important to what they do over the years.

“We also acknowledge that Mark Andrews is a significant guy for them in the passing game,” head coach Mike Tomlin told reporters yesterday via the team’s website. “He always has been, and even through some of their quarterback instability continues to be.”

A third-round pick out of Oklahoma in 2018 is a three-time Pro Bowler and one-time first-team All-Pro. He has racked up 327 receptions in his five-year career for 4,213 yards and 34 touchdowns, though his numbers have been a bit down this year.

Tomlin described Andrews as a “dangerous vertical threat,” adding that “to label him as a tight end is kind of disrespectful to his talents. He’s kind of a number one receiving option”, comparing him to Travis Kelce and Kyle Pitts. “Their skill set and the plays that they make are kind of caged in if you describe them in a tight-end sort of way.”

The ‘receiving tight end’ has continued to emerge more and more over the past decade or so, the skill sets at the position being further divided between tight ends who block and tight ends who are pass-catchers.

There are increasingly few tight ends with a complete skill set who can be considered number one options. Even the Steelers’ Pat Freiermuth continues to be limited as a blocker, which is why Zach Gentry is so important for them.

Andrews is not much of a blocker, either, but that’s not what the Ravens pay him for. He’s paid to make plays. Interestingly, however, he hasn’t really dominated his matchups against the Steelers over the years. In fact, he’s yet to score a touchdown in seven career games against them.

And they’ve lost most of the games in which he has had his best statistics. He only caught two of six passes earlier this year for 17 yards when they won, but they lost twice last season when he went 6-for-85 and 4-for-50. He’s only picked up more than 50 yards once against Pittsburgh.

But that doesn’t mean he can’t. He’s got two 100-yard games this year alone, with five last year. And he’s bound to find the end zone sooner or later. No reason that can’t be Sunday night, especially if Lamar Jackson is back.