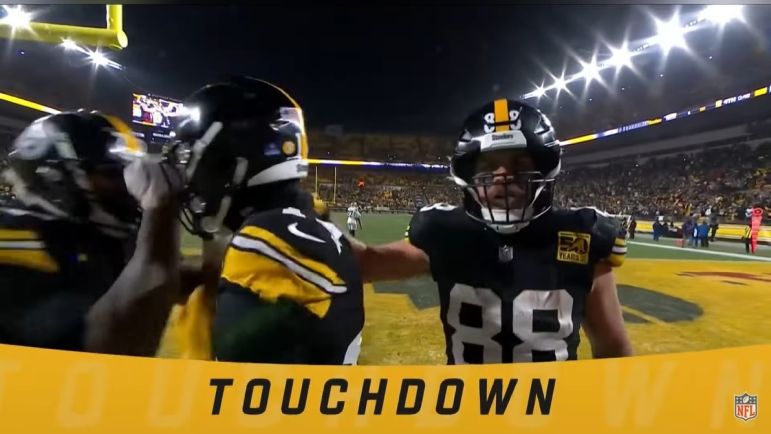 Second year tight end Pat Freiermuth was asked after the game about the performance and if that final drive was had a “Let’s do it for Franco” feel.

“Yeah, it was,” Freiermuth said in a video posted on Steelers.com. “Obviously we didn’t have the Immaculate Reception, but we won on the final drive like they did. And it was cool the way they went out and it was low scoring game and it was cool.”

Like the Immaculate Reception game back on Dec. 23, 1972, the Steelers scored 13 total points and scored in the final minute on a touchdown pass. While the touchdown reception by George Pickens had no where near the same drama as Harris’ it still helped the Steelers beat the Raiders.

The similarities of the two games do run a bit deeper as well as the both Steelers teams needed to win to keep their title aspirations alive, even if the 1972 team had a better shot at winning the Super Bowl than the 2022 team.

Each game also featured a lot of turnovers, with the Immaculate Reception game having five total turnovers and the game last night having four. Each game the Raiders finished with more turnovers, four in 1972 and three last night.

While this victory may not amount the much this season as the Steelers are still long shots to make the playoffs, it still had a feel of an important game. Back again the walls with their season on the line, the rookie quarterback Pickett and the young Pittsburgh offense was able to make play after play to keep a final drive alive to win the game. Just like the Immaculate Reception was the start of a Steelers dynasty, maybe this could be the start of a Steelers offense that begins to believe in itself again.