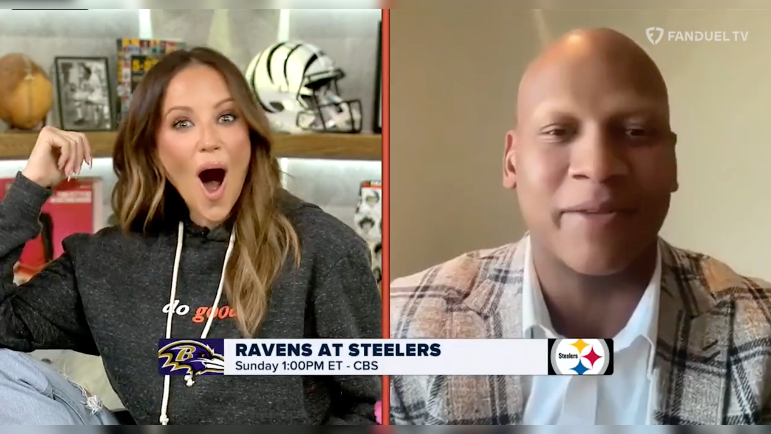 Over the last two decades, the rivalry between the Pittsburgh Steelers and Baltimore Ravens has produced some iconic moments, at least for the black and gold.

From Troy Polamalu’s pick-6 in the AFC Championship Game to clinch a spot in the Super Bowl, to the Immaculate Extension, the two teams have always played close games that have led to some incredible moments.

Now, with the Steelers riding a four-game winning streak entering the Week 14 matchup at Acrisure Stadium, the Steelers are aiming to add to their memories in the rivalry matchup, even if the game lost a bit of juice with star Ravens quarterback Lamar Jackson expected to miss the matchup with a knee injury.

For former Steelers linebacker Ryan Shazier, it doesn’t matter who is on the field because the Steelers-Ravens rivalry carries such a huge weight as far as prominence goes, reminding the former star of “The Game” rivalry between Ohio State and Michigan.

Appearing on the “Up & Adams” show on Fanduel TV Wednesday with host Kay Adams, Shazier recalled the moment he began to truly hate the Ravens, and gave his thoughts on the rivalry overall, according to video from the “Up & Adams” twitter page.

.@RyanShazier shares why he hates the Ravens and what moment defined the Steelers-Ravens rivalry for him … ⁰⁰… and it may or may not include Justin Tucker?!
⁰📺: @FanDuelTV | @heykayadams | @steelers | @jtuck9 pic.twitter.com/p9sJEN4n60

For Shazier, there are two moments that define the rivalry between the Steelers and the Ravens.

The first one is a rather painful one for the Steelers, which happens to be a playoff loss in his rookie season in 2014 to the Ravens at then-Heinz Field.

That day on January 3, 2015, the Ravens pulled way midway through the fourth quarter on a 52-yard Justin Tucker field goal, eventually winning 30-17 to send the Steelers home.

“The moment that defines that rivalry for me — there’s two moments. My rookie year, we make it to the playoffs, and this is what gave me a bad taste with the Ravens. We won one game, lost one game [against Baltimore]. In the playoffs, we had home field and Justin Tucker hits like a 58-yard field goal to win the game,” Shazier said, according to video from the “Up & Adams” Twitter page.

It was actually 52 yards and was a difficult kick in Heinz Field midway through the fourth quarter. After Tucker’s field goal, Joe Flacco found tight end Crockett Gilmore for a 21-yard touchdown to put the game away. Steelers safety Shamarko Thomas blocked a punt for a safety to finish the game at 30-17 in that loss.

Outside of Tucker’s field goal that gave Shazier a bad taste, he also recalls a thought he had in 2017 before he got hurt, wanting to imitate at Ravens great if he forced a turnover against the Ravens.

“The year I got hurt, we were on a roll and before the game I said, ‘Hey, if I get a turnover I’m doing the Ray Lewis dance if I catch an interception or something. I ended up doing it,” Shazier added.

“To me, there’s a level of respect, but there’s also a level of disrespect for how much we don’t like each other. It really reminds me of Ohio State-Michigan, that type of rivalry.”

It’s one of the greatest rivalries in sports, in large part due to the weight the games typically carry in the regular season, and based on the way the two teams are built and run from a mode of operation standpoint. For many, that rivalry helped shape their football fandom and continues today, even if that hard-nosed, old-school style of play has largely disappeared.

It’s still a big game people get up for, regardless of record. That will show again on Sunday.