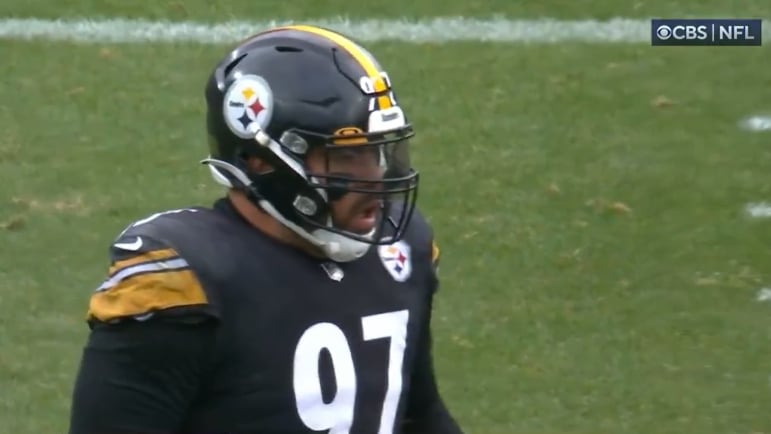 Sunday’s 16-14 loss by the Pittsburgh Steelers to the AFC North rival Baltimore Ravens at Acrisure Stadium was painful for a multitude of reasons, most especially due to the fact that the Steelers were essentially all but eliminated from the postseason picture.

Sitting at 5-8 on the season, the Steelers technically still have a slim chance at earning a playoff berth, though they need a lot — and I do mean a lot — of outside help in the next four weeks ahead, on top of winning out against the Carolina Panthers, Las Vegas Raiders, Ravens and Cleveland Browns.

It’s pretty bleak at this point, but don’t expect the players to coast the rest of the way, especially team captain Cameron Heyward.

Since entering the league as a first-round pick in the 2011 NFL Draft, Heyward — much like head coach Mike Tomlin — has never experienced a losing season. That might be coming this season for the 11th-year vet, but don’t expect his effort or preparation to drop anytime soon.

Appearing on the latest episode of his podcast, “Not Just Football with Cam Heyward” the team captain spoke rather bluntly about the loss and what it means moving forward but added that he won’t let the losing affect him day-to-day, realizing that there’s still a lot of football left to be played.

“I won’t let it. There’s more football to be played,” Heyward said to co-host Hayden Walsh, according to video via the NFL on ESPN YouTube page. “That’s the only way I can do it. There’s more games for me to try to change that, so I can’t look around and ask anybody else what to do. I gotta hit it headstrong and continue to try to just keep getting better.”

Even though things are pretty disappointing at the moment, these are still professional athletes that take pride in their work and have much to fight for, including a spot on not only the roster in Pittsburgh next season but the NFL overall. Heyward doesn’t necessarily fall into that category, but he’s not going to roll over all of a sudden and mail it in with very little left to play for.

Who knows? Maybe the Steelers win out, extend Tomlin’s non-losing seasons streak to 16 and somehow sneak into the playoffs. While that might bother some fans who want a higher draft pick, figuring out how to respond with their backs against the wall, winning out down the stretch and getting playoff experience in a transition year would be a massive boost for the Steelers’ young players moving forward.

There’s still a lot of football left to be played, and if the team can adopt Heyward’s mindset about the last month of the season, we’ll see where the chips may fall after Week 18.