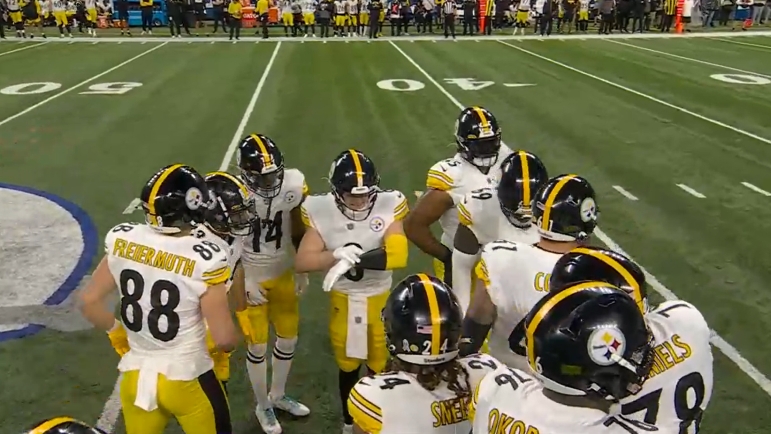 When I saw the stat, I literally yelled out at my computer “for real?” Then I had to look again, mess with the numbers, and see if it was true. It is.

The Pittsburgh Steelers haven’t turned the ball over in four straight games. It’s a modern-day record and in all likelihood, a franchise record. And this team has been playing football for a long time.

According to Stathead’s Team Streak Finder, the Steelers haven’t gone four straight games without a turnover since the 1930s. Per their log, similar streaks occurred in 1933, 1936, 1937, and 1938. But given the questionable nature of record-keeping, no official box scores like today, and given the fact those were bad teams in an era of far sloppier football, it’s highly unlikely the team actually avoided turnovers. They’re plays lost to time, not recorded in newspaper clippings and brief game blurbs that sites like that rely on to generate their data.

So to put it more accurately. The Steelers haven’t had this kind of turnover-less streak since they were named the Steelers, changing from the Pittsburgh Pirates to the Steelers in 1940, and there’s a high chance this is the longest streak in team history. Incredible.

It’s a driving reason why this team is 3-1 over those four games, their only loss a close one to the heavily-favored Cincinnati Bengals. With a renewed run game, there’s less pressure on Kenny Pickett to make mistakes. To limit his volume, to play ahead of the chains, and to be smart with the football. The backs have held onto the ball. So have the receivers, though Diontae Johnson did his best to end that streak.

It’s a simple formula. When the Steelers take care of the ball they win. When they haven’t given it away this season, they’re 5-1, that lone loss to the aforementioned Bengals. When they’ve turned the ball over even once this season, and I’m talking strictly turnovers and not differential, they’re 0-6.

Take care of the football. Win the game. Give the ball away. Lose.

Sometimes we make the simple complex. Think Mike Tomlin said something about that during the offseason.

But Pittsburgh’s run is on another level. League-wide, they’re the only team in 2022 to have a four-game turnover-less streak. Only two teams accomplished it last season, the Cincinnati Bengals and Green Bay Packers and in 2020, it only happened twice (the Packers had two separate streaks, setting the gold standard when it comes to holding onto the football).

How about five straight games? That would be entering rare territory. Since the 1970 merger, it’s only happened five times, the last time done by the Arizona Cardinals in 2019. If you’re shooting for NFL records, that number is seven straight games when Tom Brady’s Patriots did so for nearly half the 2010 season, a wicked mid-November to late December run.

The Baltimore Ravens aren’t going to make it an easy streak to keep. They rank tied-fourth in football with 20 takeaways and until yesterday’s win over Denver, have forced a turnover in every single game this season. Sunday will be a game of streaks. Pittsburgh trying to continue theirs. Baltimore trying to restart theirs. Whoever wins that battle will win the game.