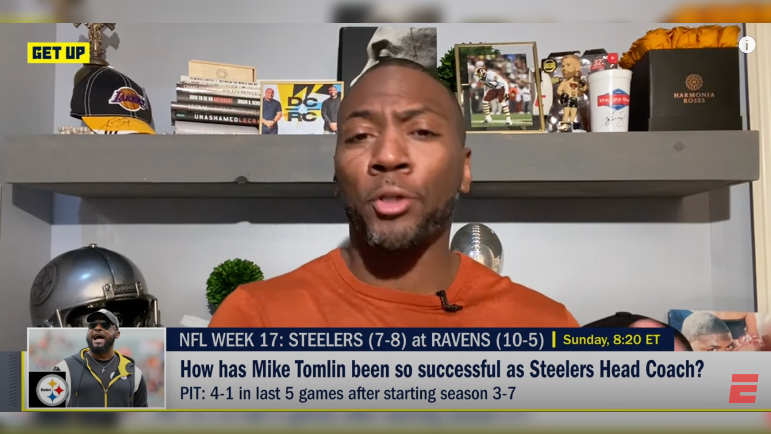 Sitting at 7-8 on the season with two games remaining in the 2022 season, the Pittsburgh Steelers not only have an outside chance at reaching the playoffs, but they also have a realistic shot at winning the final two games and extending the impressive non-losing seasons streak for head coach Mike Tomlin to 16 seasons, the most ever in NFL history.

For many, that streak is overblown and overcovered, considering the lack of playoff success in the last 12 seasons from Tomlin (just three playoff wins). While there might be some truth to that overall, it doesn’t take away anything from the Steelers not having a losing season in 15 seasons under the guidance of Tomlin.

In his 16 seasons as the head coach of the Steelers, Tomlin has certainly had a number of great players during his career that have helped him win games at a high rate season after season, never dropping below .500 in a season in his career. Those great players certainly help.

However, for former Steelers safety and current ESPN analyst Ryan Clark, a lot of the success over the years under Tomlin has to do with the head coach’s communication style and the messaging never changing, Clark stated on ESPN’s Get Up Friday morning.

“I think it’s consistency. It’s unwavering belief in who he is and what he knows, and the way he can communicate that to his team. The messaging never changes from Coach Tomlin, because he believes in it that much,” Clark stated on Get Up Friday morning, according to video via the ESPN YouTube page. “He feels that there are certain ways to go out and compete. There’s certain ways to finish football games, to prepare for football games, and he doesn’t think that that changes week to week. He doesn’t think that there’s a difference in the first week of the season and the Super Bowl, and he knows that because he’s been to two Super Bowls.

“And so when you are constantly hearing the same thing, constantly receiving the same message and you have a head coach that doesn’t ride the wave of emotion. When you win a huge game, is Coach Tomlin excited about it? Absolutely. But he comes in on Wednesday morning and it’s the exact same thing. Is he disappointed when you lose a big game? Absolutely,” Clark added, according to video via the ESPN YouTube page. “But he comes in on Wednesday morning and is exactly the same way, and I believe that that sort of consistency, that sort of belief, and as a player that you’re always knowing that your head coach will always be the same no matter what the level of emotion is within the building, that’s something that you can count on, and he’s been that for this team, for this organization for the last decade and a half.”

That consistent messaging and that consistent conduct overall is rather important to players, and is perfectly summed up by Clark on ESPN Friday morning. While there have been some in-game issues with clock management and having the team prepared at times, the messaging from Tomlin hasn’t gotten stale whatsoever.

That’s a testament to the non-losing seasons in his first 15 years as the head coach of the Steelers.

If Pittsburgh can win the final two games of the 2022 season, Tomlin will extend that streak to an impressive 16 seasons.

Some of the criticism regarding Tomlin has been that lack of fire and not really seeming to care or be engaged, much like former head coach and Pro Football Hall of Famer Bill Cowher displayed time and time again while on the sideline of the Steelers for 15 seasons. Tomlin goes about things in a different way and has been rather successful.

A "grow-up" moment for Mike Tomlin and the @Steelers on Christmas Eve 💪@InsideTheNFL pic.twitter.com/x6ZYdJG8Ca

He’ll be excited after a big win behind the scenes, or disappointed behind the scenes following a tough loss, but when a new week starts on Wednesday, Tomlin is the same way time and time again, which has led to the consistency overall. Tomlin believes in who he is as a head coach, which is portrayed in his messaging.

That messaging isn’t getting old, as evidenced by the run the Steelers have been on in the second half of the season after a disastrous start. That might not be good enough for the fans and some media members, but it works time and time again for the players inside the facility.