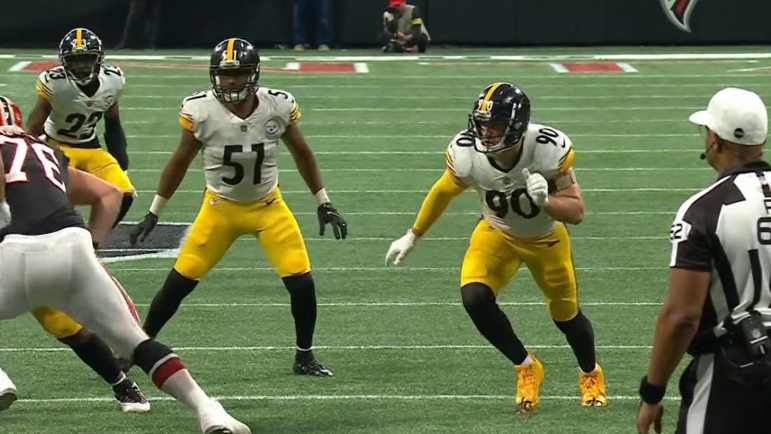 On Thursday, Pittsburgh Steelers DC Teryl Austin spoke to the media prior to practice and was asked about the state of his defense and the team’s upcoming matchup at home against the division-rival Baltimore Ravens this coming Sunday.

When Austin was asked about OLB T.J. Watt and the impact he has been able to make in his return despite not racking up sacks like he has in the past, Austin stated that Watt has been able to impact the game various ways since returning from a pec injury that has greatly impacted the defense’s overall play the last few weeks.

“I think that everybody wants to count sack numbers, but there is a lot of different ways that T.J. impacts the game,” Austin said to the media Thursday on video from Chris Adamski’s Twitter page. “He impacts in protection. Guys are always going to make sure they are going to him. He makes tackles, tackles for loss, disrupts a lot of things. So, to put his play just on stat numbers I think is misleading because he is an impactful football player. Since he’s been back, I think that it’s helped our defense, period, and our defense is better with him on the field.

Teryl Austin on how TJ Watt impacts games even when he’s not getting sacks pic.twitter.com/XSeJmCs4EL

Through five games this season, Watt has 22 total tackles (15 solo), three TFLs, four QB hits, 1.5 sacks a forced fumble, four PBUs, and two INTs. The sack numbers are a far cry from the record-tying 22.5 he had last year on a DPOY campaign, single-handedly wrecking games for the Steelers where he would pick up 3+ sacks in one game. While missing over half the season with a pec injury that landed him IR will expectedly drop those numbers, you would hope that Watt could pick up more than a 1/2 sack in the four games played since returning to the field.

However, Watt still isn’t close to 100% as the pec is still likely not where it was prior to the injury as the team had to consider whether to surgically repair the ailment or if Watt could return this season without surgery. Watt also underwent a knee scope while on IR and is currently dealing with an abdomen injury after taking a nasty shot in the ribs from RB Jonathan Taylor against the Colts on Monday Night Football.

Despite not being close to his usual self, Watt has been able to help the defense several different ways since coming back after the bye. He has again taken the focus of blocking schemes on him, allowing teammate OLB Alex Highsmith to continue his breakout 2022 campaign as he is near the top of the league in sacks. He also has aided in improving Pittsburgh’s run defense as well as has made an impact batting down passes at the LOS or simply picking them off thanks to his awareness and freak athleticism.

While Watt is having a rough year in the sack department, Austin is right in saying that Watt impacts the game in numerous ways outside of getting to the QB. Along with his play, he is the emotional leader of this team while being the Steelers’ best player on the field when healthy. The team is 3-1 since he returned and has a new sense of life as the look to have a slim chance to battle back into the thick of the Wildcard playoff hunt down the stretch.

We hope to see Watt get back to taking down QBs in the near future like he has throughout his NFL career, but in the meantime, just appreciate having him back in the lineup and bringing more energy and juice to his teammates and the rest of the city of Pittsburgh.

Love the Steelers turnover celebrations. Been doing it all camp. Hoping this isn't T.J. Watt's last one of the season. #Steelers pic.twitter.com/V9Amr4Psq3