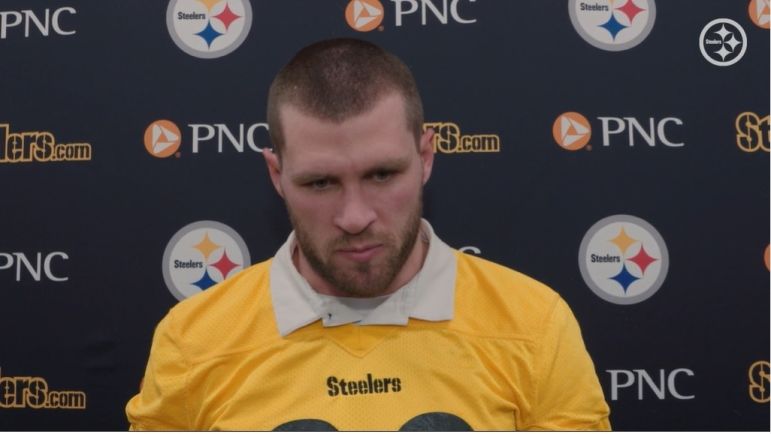 If the Pittsburgh Steelers are going to beat the Carolina Panthers, they’re going to have to be a whole lot of physical than they were in Sunday’s loss to the Baltimore Ravens. It’s led to a week of padded and physical practices, atypical for this late in the year, but one required for the Steelers to get back to basics.

Speaking to reporters Friday, Watt talked about the practice atmosphere throughout the week.

“It’s been huge,” Watt said via Steelers.com. “I mean, a lot of energy, guys getting after it. Guys practicing and wanting to get better. We know it’s late in the season and we need to take it one day at a time and I feel like we’ve been taking that approach and guys have been attacking each and every day. Not only in the meeting room, but also in the practice field.”

Pittsburgh had at least one session in full pads this week, going all-out for Wednesday’s practice. Per CBA rules, teams can only have a maximum of 14 padded practices over the course of the season with only three allowed after the first eleven weeks of the season. Teams have to be choosy with how they deploy them after that span but the Steelers chose to use one to start off the week.

After allowing 333 yards rushing the last six quarters, the Steelers haven’t played their brand of football. Baltimore repeatedly won the point of attack and as Mike Tomlin admitted, wore the Steelers down, running the ball to run out the clock in their Week 14 win. Pittsburgh will have to play with better technique and assignment but also with more pride and physicality. They’ll be tested again Sunday by the Carolina Panthers’ run-first attack, a team finding traction with a physical demeanor and downhill run game led by two powerful backs in Chuba Hubbard and D’Onta Foreman.

For Watt, he’ll have to be a more impactful player than he has been. Dealing with a recent rib injury, Watt’s looked limited and has had to deal with run-heavy teams that have offered few pass rushing opportunities. Since returning, he has just one sack and nine pressures, including only one since Week 13.

Watt and the rest of the Steelers’ front seven must elevate their standard of play. If not, they’ll lose the game and suffer their first losing season since 2003.