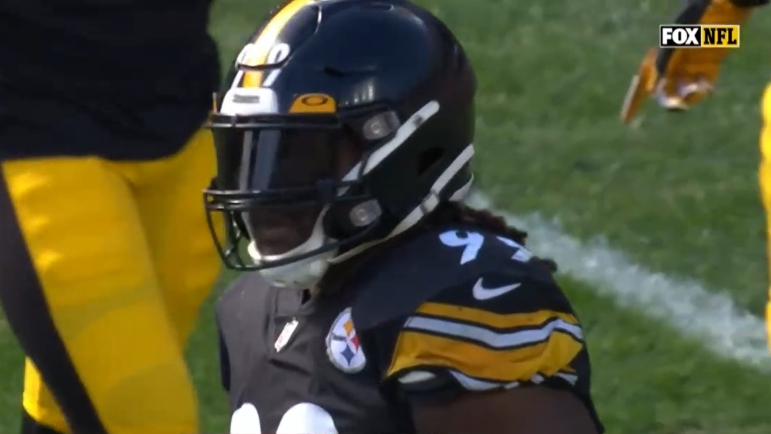 As we’ll do every week to get you ready for the upcoming game, our X-Factor of the week. Sometimes it’s a player, unit, concept, or scheme. Here’s our X-Factor for Sunday’s game against the Carolina Panthers.

Just like last week, no games here. Straight-forward and obvious. Against the Baltimore Ravens, the Steelers’ run game had my attention. This week, it’s the other side of the ball. Pittsburgh’s run defense has been chewed up the last six quarters including the entire Ravens’ game.

Pittsburgh will get the chance to rectify their issues against the Carolina Panthers. Riding a hot streak under interim head coach Steve Wilks, the Panthers have found an identity. It isn’t pretty but it’s honest work. A downhill, physical run game that brings in every offensive lineman they can find to accomplish that mission.

The Steelers looked worn down last week and will now try to bounce back with a slightly different-looking lineup. Chris Wormley, one of the team’s better run defenders who played well against Baltimore, is out for the season with a torn ACL. That leaves Cam Heyward, Larry Ogunjobi, and a collection of relative unknown players at end to try to fill in including Isaiahh Loudermilk, DeMarvin Leal, and new add Jonathan Marshall. Loudermilk has struggled this season, Leal doesn’t play in base (11 total base end/tackle snaps this season) while Marshall hasn’t logged a regular season snap all season.

In the middle, Tyson Alualu is a shell of himself and Montravius Adams’ play has been lackluster. Of this entire group, Heyward is the only name that can reliably be trusted. If the d-line can’t play well, it’s hard for the linebackers to play well and it’s not like Devin Bush or Myles Jack are stars. Bush is better but not good enough while Jack is falling apart down the stretch; it wouldn’t be a shock to see Robert Spillane get the start this weekend given Jack’s health and Spillane’s run-down ability.

So it all starts up front. I don’t know if Pittsburgh’s going to respond. They could. I imagine schematically, the coaching staff has some wrinkles and packages set up to pack the box and counter the run. 3-5 looks with five linebackers, over fronts, three-safety packages, heck, maybe the team uses some four-down defensive linemen looks and essentially runs a 4-3 against certain groupings. We’ll see. But all the gameplanning and scheming doesn’t mean jack if you can’t beat a block. That starts with the front. End of story.