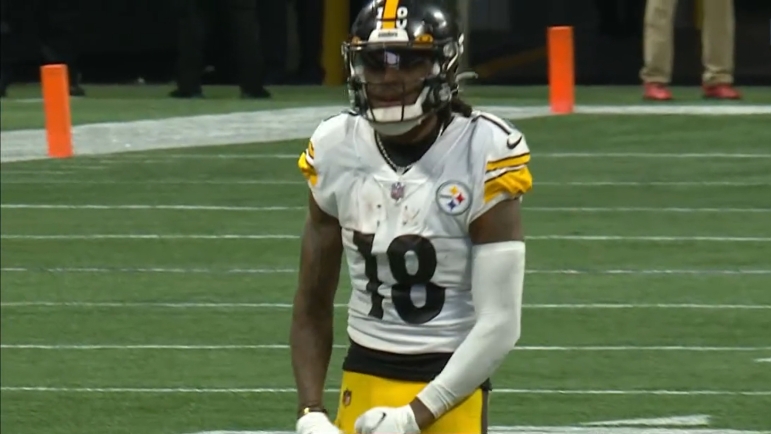 What’s that I hear? Distant talk of playoff hopes on the horizon? Run far, run fast if you’re primarily interested in getting only the highest possible draft pick through the 2022 season, but if you’re actually interested in seeing the Pittsburgh Steelers attempt to win games in the here and now, read on, because this is not a team that is about to punch the clock and bid a fond farewell.

After all, they probably wouldn’t be 3-1 coming out of the bye if that were the case. These men are motivated to win, and by winning, and are striving for the same goal that drives the Steelers organization each and every year: championships. Which starts, of course, with making the postseason—or rather winning games.

“It’s good. We’re still trying to win out the rest of the season, hopefully, get a chance to get in the playoffs,” wide receiver Diontae Johnson told reporters after the game, via transcript. “We just focus on one game at a time and we’re not giving up yet. Just getting these two wins is giving us more confidence.”

At 5-7, these past two games have represented their first winning streak of the year. They’re going to need a much longer one to keep dim playoff hopes alive, but so far, for the most part, they have been doing what they needed to do coming out of the bye.

Truth be told, since rookie Kenny Pickett’s first start, the teams the Steelers have lost to are the Buffalo Bills, the Philadelphia Eagles, the Miami Dolphins, and the Cincinnati Bengals. These are all playoff teams, and if not for the Bills and Dolphins both being in the AFC East, likely all division winners.

The only team they’ve lost to this year who currently has a losing record is the Cleveland Browns.

Granted, on the flip side, they haven’t exactly been beating quality opponents, their recent successes featuring the vanquishing of foes as vaunted as the New Orleans Saints, the Indianapolis Colts, and the Atlanta Falcons.

They should have a good test coming up against the Baltimore Ravens. Even if quarterback Lamar Jackson doesn’t play—and they have been able to beat Jackson over time anyway—Baltimore is still capable of winning games with Tyler Huntley under center.

Outside of two more games against the Ravens, and another against the Browns, Pittsburgh’s remaining opponents are the Las Vegas Raiders and the Carolina Panthers. They might actually be favored for once in those games, the former being at home.

Still, as would be expected two games under .500 this deep into the season, there’s a steep hill to climb. They are just getting themselves into the ‘In the Hunt’ brackets in graphics showing current postseason seeding. If they score a win over the Ravens next week, though, the talk will really start to heat up.