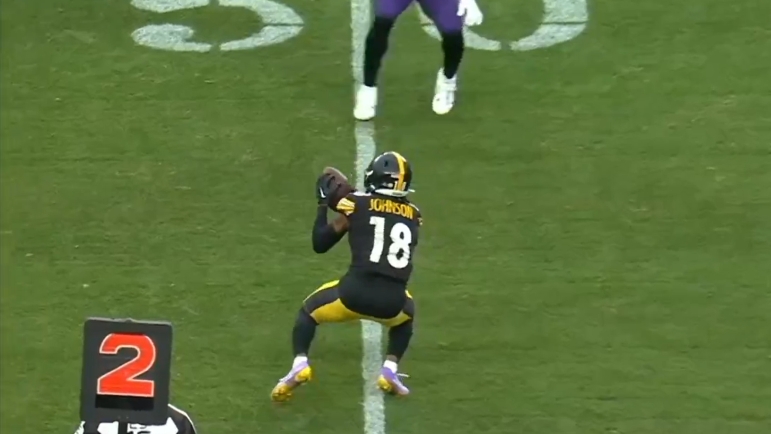 Sitting at 5-8, the Pittsburgh Steelers playoff odds do not look great. Believe it or not, their upcoming opponent has a lot more to play for, as the Carolina Panthers have a far more realistic shot at the playoffs than the Steelers. This is a team that plays hard, and has a number of impressive victories against quality teams. As such, it will be a tough matchup for Pittsburgh, and their game plan against an underrated Panthers group will be key. Nevertheless, here are five numbers to look for in the Steelers’ match up Sunday.

0.1. While the Steelers are not officially eliminated from the playoffs, they may as well be. According to 538’s playoff odds projector, they have a 0.1% chance of making it. If they win out, their chances only go up to 5%, and the number goes to zero with a loss.

-0.138. The Panthers’ defense is no joke of late. Since Week 10, they have allowed -0.138 EPA (expected points added) on defense, which is the third best in the NFL according to RBSDM stats. In that span, they rank third in EPA allowed per drop back, and 7th in rush EPA allowed. This will be another test for the Steelers’ run game, which had looked better since the bye week but did not have a great showing against a tough Baltimore Ravens’ front.

3.1. The Steelers’ offense is the worst in the league in producing YAC (yards after catch) with 3.1 per catch. For more context, since the stat began being recorded in 2018, they are on pace to have the second lowest YAC per reception. For an offense that is reliant on short passes, this is not great news .

39. The Panthers’ defense allows the second least catches to tight ends on the season at 39. Their linebacker core includes Frankie Luvu and Shaq Thompson, and do a great job against tight ends. This is bad news for Pittsburgh, as tight end Pat Freiermuth has become an integral part of their offense and one of the best third down targets in the league.

9. The Steelers’ quarterbacks have combined for nine passing touchdowns, which is the fewest the team has had through 13 weeks since 2001. Their red zone offense ranks in the bottom 10, and their receivers have not produced touchdowns. In a season with no shortage of offensive struggles, this is yet another number that showcases their poor production