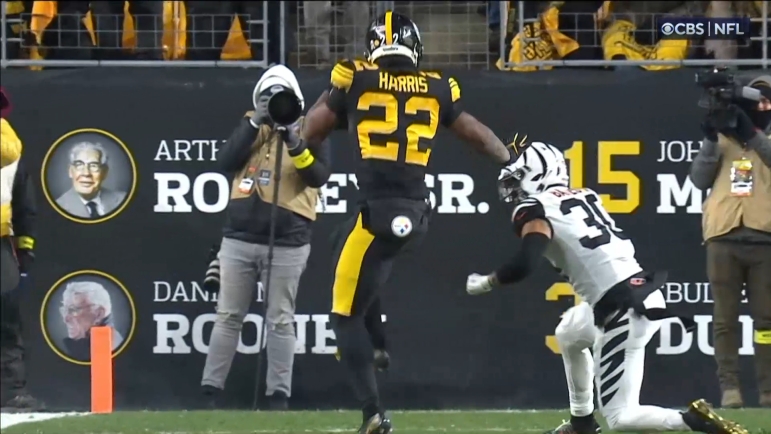 The Pittsburgh Steelers are preparing to face what is likely their biggest rival in the NFL in the Baltimore Ravens on Sunday. The Ravens are not in their best form, as starting quarterback Lamar Jackson will be out for this game. Nonetheless, injuries haven’t let kept this rivalry from producing close games the past, and both teams have plenty to play for on Sunday. As such, here are five stats to keep in mind when watching the Steelers.

94.9. In 2021, Ravens’ backup quarterback Tyler Huntley had a 94.9 passer rating when blitzed, compared to 68.2 when he was not. This trend was especially prevalent when the Steelers played him in Week 18 of last season, as he had an 81.3 passer rating when they blitzed him compared to 21.8 when they did not. Huntley is a more effective rusher and passer when the defense sends extra men, and it might be wise for the Steelers to only send four.

3.8. The Ravens allow 3.8 yards per carry, which is tied for second lowest in the NFL. That said, they have also had the least runs attempted against them with 259. The Steelers’ rushing attack ranks 5th in yards since the bye week, and this will be their biggest challenge to date.

7. Over the last four games, the Steelers have a +7 turnover differential per game, which is tied with the San Francisco 49ers for first in the NFL in that span. The defense has 14 interceptions on the year, which ranks second in the NFL. Kenny Pickett has not thrown a turnover since the bye week, as avoiding turnovers has been a key to the team’s 3-1 run. The Ravens rank fourth in the NFL in takeaways, and are certainly an opportunistic group that Pickett and company must avoid mistakes against.

296. The Steelers have 296 rush yards after contact, which ranks first in the NFL. The running back duo of Najee Harris and Jaylen Warren have produced an honest effort after contact.

72.8. The Baltimore Ravens’ secondary allows a 72.8% completion rate, which is the highest in the NFL. Look for Pickett to exploit this to continue his streak of steady progression.